And away, cover photo of book by Bob Mortimer

You are an unhappy man in your late twenties. You have just found your partner in bed with a man you describe as a “Hell’s Angels Farmer”. Your career is going nowhere, and you suspect you’re actually crap at it.

A knock at your door reveals a bloke you knew vaguely at school and haven’t seen for about ten years. He has found out where you live from your mum. He invites you out for a drink to see a comedian at a local pub. You do not like stand-up comedy.

It’s safe to say that had Robert Mortimer followed his instincts and not turned up that night, then the world would have missed out on one of the all-time great comedy partnerships.

This Damascene moment is one of many in this better-than-average celebrity autobiography. For a start, Reeves and Mortimer are together one of the four most influential comedy acts of the modern era. The others are The Goons, Monty Python, The Comic Strip being the others and I’ll see you in the carpark if you think I’m wrong.

The sheer range of their work – which encompasses stand-up, performance art, pop music, game shows, drama and the permission to be plain silly – stands up well 30-odd years after they first met in Goldsmith’s Tavern. The quality of their one-offs and failures (look up ‘Families at War’ or their unforgettable Comic Relief 75-Pints-In-One-Song if you don’t believe me), is testament to their enduring genius.

What sets this apart though is that, unlike most How-I-Made-It fodder, this one sustains the interest the whole way through and leaves you wanting more. 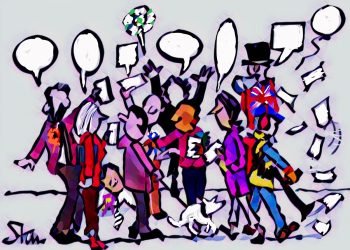 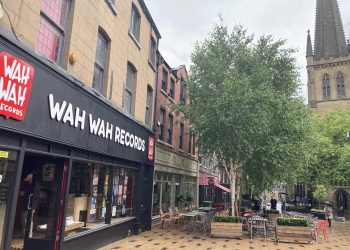 For a start, Mortimer uses his near-death experience of open-heart surgery as a structural device, which means the flashbacks are on two levels. Plus, he doesn’t waste time on long stretches of the part of his career where he’s ‘made it’ (a flaw which spoiled John Cooper Clarke’s otherwise brilliant autobiography), or indulge in professional score-settling (Morrissey, everybody in the Kinks and Roger Whitaker*).

Bob’s recent reinvention via the …Gone Fishing series means a whole new audience might indeed be surprised at how many different things he’s done and will particularly admire the non-showbiz route to stardom in our age of driven but ultimately vacuous and content-free superstars.

I read this in one sitting the day it came out. Many independent bookshops are still offering signed copies at the normal price. In fact, the only downside to this book is that, when I went into my local indie bookshop and asked if I could buy their giant promotional head and shoulders Bob cut-out, someone slightly more obsessed had beaten me to it.

*One of these may not be accurate, though Roger Whitaker did, briefly, have his own airline.