Great book or essential book? Airhead by Emily Maitlis’ details the pressures of live broadcasting in a world of Twitter and rolling news. 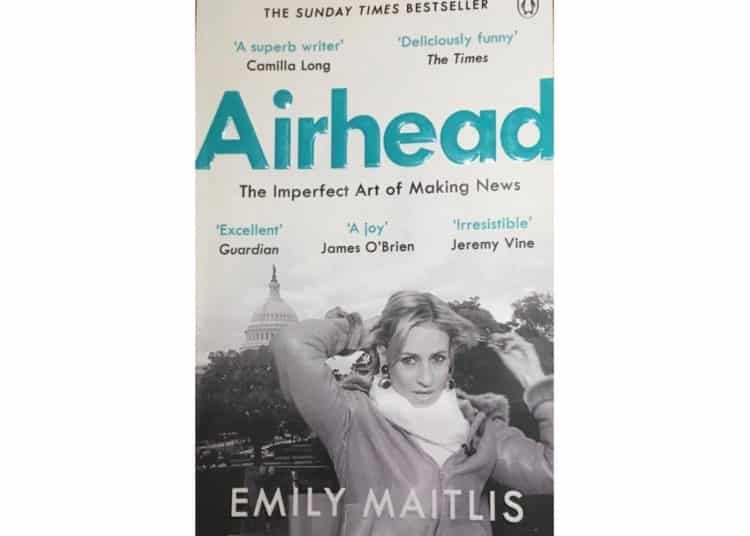 Image of the front of Emily Maitlis' autobiography, 'Airhead', image by Jimmy Andrex

This is not a great book; it’s an essential book. Airhead, by Emily Maitlis, is full of penetrating insight into the biggest news stories of recent times. Once you reflect on it, it’s a journalistic potboiler which you can’t put down.

Emily Maitlis, who grew up in Sheffield and was educated at the city’s King Edward VII school, is a hero in our house. Her Covid: The Great Leveller? rant last summer landed her in trouble with BBC bosses but struck a chord with many who longed for someone in TV news to challenge the “we’re-all-in-this-together” line that was being peddled at that time.

Not only that, she manages to combine hard-headed TV journalism with something approaching compassion and balance.

The book is a memoir that covers everything from meetings with presidents and snatching an exclusive with Paul Scaramucci (by screeching “GET HIM!” as he happened to walk past and then chasing him in a rather undignified manner), to a strange chapter about her whippet. Its intent, which it achieves admirably, is to convey the world of a media machine driven hard by deadlines and our merciless appetite for instant rolling news.

That she conveys this so well is the book’s strength, but also its ethical weakness. Cub journalists should read it over and over. Her insight is peerless. She’s also smart enough (and honest enough) to admit when the end result wasn’t great. This candour is in stark contrast to the pomposity of the likes of John Humphrys.

You’re left gobsmacked at the levels of personal commitment required to cover these stories. At the same time, she does get paid at least twice as much as the PM (though that’s still about half what John Humphrys got paid). Mind you, he’s now reduced to speeches at Rotary Club dinners.

Is journalism a force for good?

But although she’s aware of the downside to all this, you’re left with more questions than answers as to whether she thinks doing all this stuff so well actually does the world any good.

No chapter better conveys the contradictions in her chosen line of work than the chapter about her well-publicised ordeal of being stalked for over 30 years by someone she knew at university. She speaks from a lifetime of experience of how the various systems repeatedly fail victims. She’s willing to share how, after a harrowing radio interview about her own experiences, she then went onto Newsnight and found herself interviewing victims of abuse and fell straight into the trap of asking the victims what happened.

It’s to her enormous credit that she’s willing to admit such a failing (though you wonder where the support was from people around her).

Some of the best chapters concern the oddball moments. The occasion when a drill artist called DrillMinister, who insists on wearing a balaclava in public, was booked for a panel discussion is a treat. Everything you need to know about TV news is there.

Most disappointing of all isn’t her friendship with Dalek-in-a-suit Piers Morgan (they’re in the same game after all), but the curiously damp squib-like nature of the chapter about Prince Andrew. Considering the shocking and explosive nature of what he said, her line is simply to praise his candour. Other parts of the press put his performance (not so much Car-Crash as Group-Of-Asteroids-Hurled-At-A-Carrot) down to stupidity and the arrogance that comes from a lifetime of being surrounded by fawning lackeys.

One can only put this down to a professional need for future royal access: the machine must always be fed, so compromises have to be made. In the end, you’re led to conclude that, rather than this being a great book by a great writer, this is an essential book by a brilliant hack.