Amazon's vigorous campaign against unions has been notable in the last few years, and many workers still lack proper union representation. 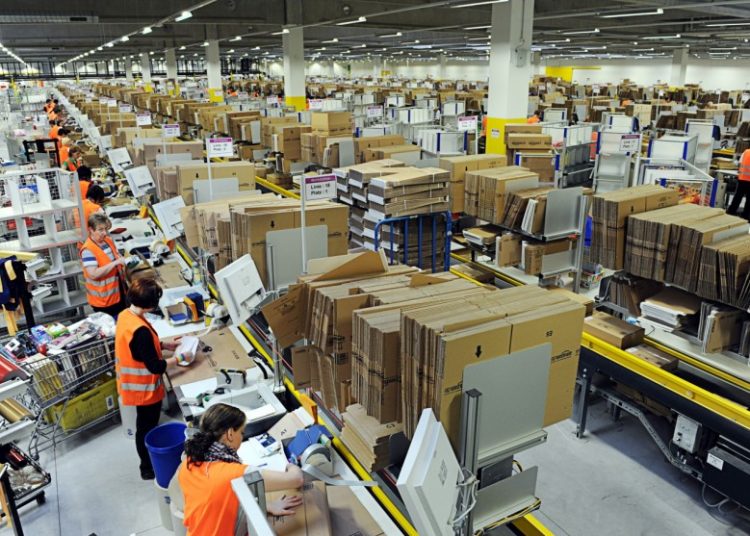 An Amazon warehouse, image by Scott Lewis for flickr

Now we know the truth. The high-profile campaign to organise a ballot for trade union recognition at the Amazon plant in Birmingham, Alabama, was defeated back in April this year. The result was a shock, with the union, the Retail, Wholesale and Department Store Union(RWDSU), alleging the company mounted a sustained dirty-tricks campaign to sabotage support for the union ballot.

Amazon forced to hold further election on the right to unionise

The union was right. The National Labor Relations Board (NLRB) has just ruled that the union vote was not valid. After investigating the union’s assertion, the NLRB decided that Amazon interfered so blatantly in its workers’ability to vote that a second election is now in order.

The ruling detailed how, in spite of the NLRB denying Amazon’s request to install a mail collection box right outside the warehouse entrance, the company did so anyway, giving workers the impression that it was involved in the vote counting.

Additionally, the company distributed ‘vote no’ material to workers in the presence of managers, forcing them to declare their support for or opposition to the union. And Amazon held what the NLRB called ‘captive audience meetings’ with small groups of workers, ‘six days a week, 18 hours a day’, in order to saturate the approximately 6,000 employees who were eligible to vote with anti-union messaging over the course of the voting period.

Lisa Henderson, an NLRB regional director who made the decision for a second vote, denounced Amazon’s “flagrant disregard”for ensuring a free and fair election and said the company “essentially hijacked the process and gave a strong impression that it controlled the process”.

Given this anti-union assault, it’s not a surprise that the election turnout was low and that ultimately only about 12 percent of eligible voters cast ballots choosing to unionise.

However, this isn’t the end of the story. It’s clear that Amazon anticipated the NLRB ruling. According to a Reuters report in early November, “Amazon has ramped up its campaign at the warehouse, forcing thousands of employees to attend meetings, posting signs critical of labor groups in bathrooms, and flying in staff from the West Coast”.

Amazon also seems to have neutralised another union ballot challenge at a Staten Island warehouse that the New York Times investigated. Just two weeks ahead of an NLRB hearing on whether there was sufficient interest to form a union there, workers mysteriously withdrew their petition.

The basic question is why a fabulously profitable company like Amazon continues its relentless drive to maintain union-free operations in the United States and UK?

There is a massive credibility gap between what the company claims is going on inside its warehouses and the cumulative evidence we have about working practices, the mistreatment of workers and the continuous surveillance of work performance. 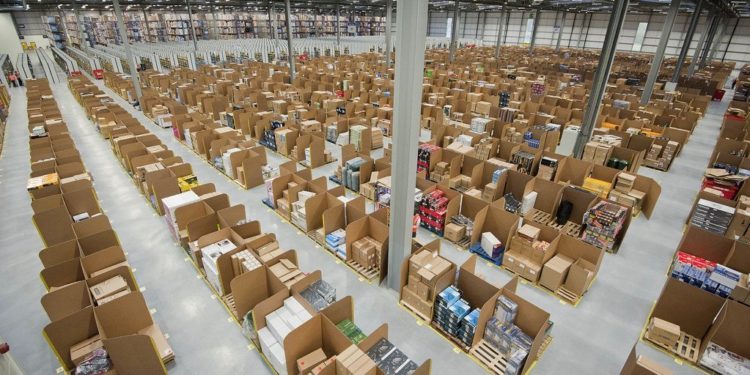 Amazon and the unions in the UK

The company claims that workers don’t need a union because they benefit from a ‘direct relationship’ with their employer. What this means in practice is explained by an UK Amazon spokesperson:

“Across Amazon, including in our fulfilment centres, we place enormous value on having daily conversations with each associate and work to make sure direct engagement with our employees is a strong part of our work culture.”

In some countries though, Amazon has had to concede trade union recognition and there is now a growing awareness amongst trade unionists elsewhere that they need to work more closely together across borders if they are going to be successful.

In August, Sharon Graham became leader of the UK’s biggest union, Unite. She has made union organisation at Amazon one of her priorities. She wants to convince Amazon to sign a ‘neutrality agreement’ guaranteeing that warehouse workers can form a union without fear of repercussions. “What I would say to Jeff Bezos is he should treat workers fairly, come to the table and sign the neutrality agreement. Eventually, it will have to happen. We’re not going to get bored. If this takes two years, it takes two years. Resources will be allocated”, she said.

There’s an old trade union song that asks the question, ‘Which side are you on?’ As someone who has written about Amazon for several years, I’m unequivocally with Graham in the uneven power struggle by trade unions to give Amazon workers their own voice.