A new report, showing Britain’s exports have fared worse than most of our international competitors, makes grim reading for anyone who might be optimistic that 2021 will see the UK make a rapid recovery from the double impact of covid-19 and Brexit. 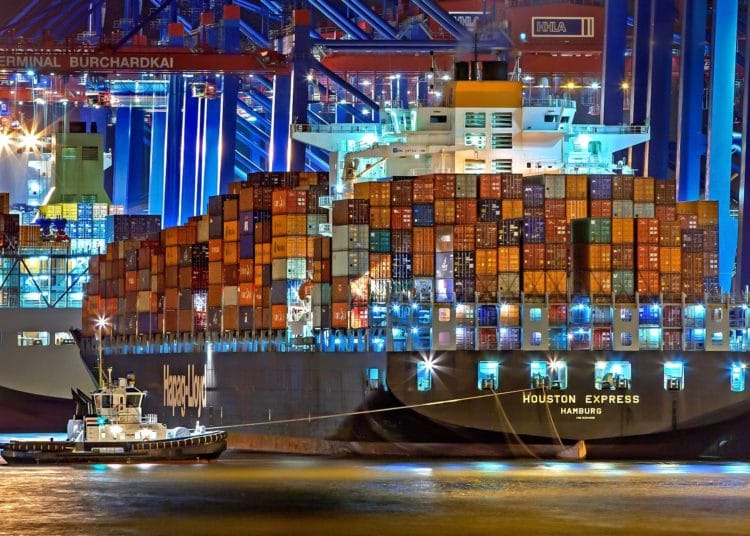 Photo by Julius Silver from Pexels

A report out this week from Aston University lays bare the scale of the problem facing this country in the next few years. It points not to Britain bestriding the globe as a trading colossus, but struggling to survive the legacy of the pandemic and Brexit against international competitors, with an economy “trapped in a low productivity-growth trajectory, exacerbated by long-term low R&D investment and resulting in low wage growth”.

The university’s Lloyd’s Banking Group Centre for Business Prosperity looked at Britain’s recent export performance to the end of last year, compared to other nations.  Every country has been affected by covid in 2020, but we seem to have been impacted far more than others.

Their report uses UN trade figures and looks at how we managed in the key markets of the USA, China and Germany – vital markets for UK exporters. It is not a good springboard for Brexit.

The reports says that overall, UK goods exports fell by almost 15 percent in 2020, a reduction of £54.5bn, while our GDP contracted by just under 10 percent. An international comparison depicts similar sharp declines among the UK’s peers, but the statistics suggest that the UK fared worse that Germany, Italy, Spain and the USA.

What researchers found is that in the German market for example, between 2017 and 2019 the UK increased its exports by 8.5 percent, but this was less than other countries managed. Italy raised its exports to Germany by 12 percent, the Netherlands by 14 percent, Spain by 20 percent and the United States by a whopping 24 percent. In other words, we were struggling to compete even before covid.

In 2020, UK exports to the EU and North America, saw falls of 18 percent and 16 percent respectively and in three key export destinations – Germany, the US and China. This country seems to have “suffered a sharper decline, experienced slower recovery, and might have failed to grasp emerging market opportunities”, the report says.

“Extending our analysis to the three years prior to 2020, we find that the weakening of the UK’s global competitiveness may be a more longstanding development, for its slow growth in the main products and key markets are widely recognisable relative to its competitors. This suggests that it may be too optimistic to expect that a fast and full recovery is in sight.”

They attribute the UK’s “dismal trade performance” to the “long-term stagnation in productivity growth” and suggest it is the key reason for the problems that have beset the UK economy for decades.

“Notwithstanding the country’s world-leading scientific institutions, this has resulted in a lack of competitiveness in producing new goods and services in this country and, by extension, an inability to be more resilient to changes and to exploit opportunities in a crisis like COVID.”

None of this will come as a surprise to anyone familiar with European factories, which tend to operate with far more automation and fewer employees.

Remember, this is all up to the end of 2020. It takes no account of the huge changes in our terms of trade with the EU that occurred on 1 January. The report provides a context for Brexit and points to the huge risks of erecting permanent trade barriers with our largest trading partner whilst suffering “subdued competitiveness”.

The SNP say the Aston University report shows Michael Gove and his Tory colleagues are “sticking their heads in the sand” rather than facing up to the realities of Brexit’s impact on the UK economy.

A few days ago, the UK Statistics Authority rebuked the Cabinet Office and Gove for using what they called “unpublished and unverifiable data” in an attempt to deny that Brexit had caused a massive fall in volumes of trade through British ports.

This was a clumsy attempt to counter a survey by the Road Haulage Association (RHA) of its international members, that suggested export volumes through British ports and the channel tunnel had fallen by a staggering 68 percent in January.

Now, the French customs authority confirms trade in January was markedly down, according to the Financial Times.

“French exports to the UK were down 13 per cent in January compared with the average of the previous six months, while French imports from the UK fell 20 per cent, according to the French customs office. ‘Trade with Britain is disrupted due to Brexit,’ it said.

“German exports to Britain in January were down about 30 per cent year on year, continuing a trend of declining trade between the two countries since the Brexit referendum in 2016, according to figures released by the federal statistical agency this week.

“Separately, Italy last month reported a 38 per cent year-on-year drop in exports to the UK and a 70 per cent drop in British imports in January — both much steeper declines than those with other countries.”

Note that in every case, our exports fell by more than our imports. So much for them needing us more than we need them.

No doubt some of this will be due to stockpiling before Christmas, but Brexit won’t solve the medium and long-term problems, which go much deeper and are more chronic.

It comes as the OBR’s Fiscal Outlook for March shows that tax rises announced in the recent Budget will increase the UK tax burden in 2025/26 to its “highest level since Roy Jenkins was Chancellor in the late 1960s”.

The OBR says the government has ‘so far’ cut more than £15bn a year from departmental resource spending from 2022/23 onwards and set up what they euphemistically call a “challenging spending review” later this year.

The OBR also says public finances are now much more sensitive than they were to potential rises in short-term interest rates, due to a combination of the higher debt stock and its effective refinancing.

After a long period of austerity with departmental spending at its lowest for years, and with yet more painful cuts coming down the line, we move towards the highest tax burden seen under any government for two generations and Britain’s external trade suffering a self-inflicted body blow.

This Friday we get the first official 2021 GDP figures released and they are likely to make further grim reading.

After International Women’s Day, Amanda Robinson asks: when will women be treated equally?