When discussing Australian farming practices, the term ‘mulesing’ keeps coming up. So what does this mean, and what are the wider animal welfare concerns from this deal? 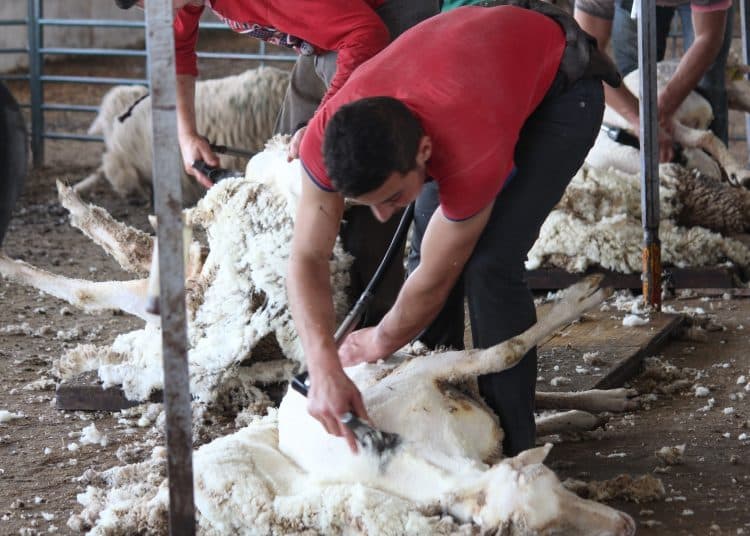 Warning: some readers may find the content of this article about animal welfare and mulesing distressing.

This week’s news of an UK-Australia trade deal – providing a potential 0.02 percent increase to our GDP and a saving of 52p per person a year – has raised concerns among farmers, animal lovers and animal rights campaigners. When discussing Australian farming practices, the term ‘mulesing’ keeps coming up. So what does this mean, and what are the wider animal welfare concerns from this deal?

The history of merino sheep and mulesing

Sheep first arrived in Australia in 1788. The flock of 29 ‘fat-tailed’ sheep from South Africa bred with merino sheep imported from Spain in 1797. The resulting breeding programme was successful in that the sheep produced large amounts of wool. This transformed Australia from a minor to a major exporter of wool and lamb by the late 19th century.

The industry however had its problems due to climate and parasitic infestations from flies known as flystrike, fatal for sheep. Prevention was discovered accidentally in the early 20th century, when an Australian farmer sheared away the skin from the hindquarters of a sheep resulting in smooth scar tissue on which no wool could grow and reducing the incidence of flystrike.

This discovery led to the widespread practice of mulesing as a method of controlling flystrike.

The modern merino sheep has been bred specifically to produce large amounts of wool. This has resulted in the sheep producing more wool than they can physically cope with during the summer causing many to suffer from exhaustion and hypothermia, which leads to some dying.

It was later discovered that although the wool of the merino sheep weighed more and was therefore profitable, it also contained high levels of grease which attracts flies leading to flystrike.

Merino sheep have also been bred to produce deeply wrinkled skin, which increases the surface area on which wool is able to grow. The wrinkles and folds of skin are particularly deep around the rear end of the sheep. The folds in the skin here lead to the collection of faeces and moisture (sweat and urine) which attracts flies.

Once attracted, the flies lay their eggs in the folds of skin and later, maggots hatch out and eat into the sheep’s flesh. Flystrike can cause a sheep to die within three to six days from ammonia poisoning secreted by the maggots

As a way of preventing flystrike, a barbaric and cruel practice is performed on each lamb between six and ten week old called ‘mulesing’.

Lambs are forced onto their backs, restrained, and usually without pain control, crescent shaped strips of skin are cut away from around the buttocks of each animal. Eventually, after healing, the wound is replaced by scar tissue that doesn’t produce wool and therefore helps to prevent flystrike.

Another method involves the application of strong clamps to the hindquarters of each lamb, which remain in place until the flesh dies and scar tissue forms.

How does mulesing affect the sheep?

According to the RSPCA, in 2017/18, mulesing was carried out on up to 11.8 million merino lambs, which the charity claims affects their wellbeing.

It was observed that levels of interaction between lambs declined, they lost weight, exhibited signs of behaviour indicative of pain such as ‘prolonged hunching’, changes to gait, reduced mobility, less time lying down and feeding, which lasted up to three weeks.

Following the mulesing procedure animals show sign of fear, particularly towards those who carry it out. Worryingly, farmers are not required to consult a vet to obtain pain relief prior to mulesing. Farmers can go ahead unmonitored and, of course, they do not have to pay any veterinary fees.

What do Australian farmers think about mulesing?

Up to 70 percent of Australian farmers still practice mulesing, in the belief that it is a ‘necessary evil’. Although they acknowledge the procedure is painful, they are aware that flystrike can be devastating if not treated.

Farmers opposed a recent ban in New South Wales (NSW), because they believed there was no alternative to prevent flystrike. One farmer that opposed the ban commented that:

“Mulesing is an effective fly-strike mitigation tool, so it needs to be maintained for the sake of animal welfare.

“Banning mulesing would expose millions of sheep to the risk of flystrike, which is a substantially worse welfare outcome.

“With wool grown in many different climatic conditions across NSW, no one flystrike mitigation approach can be uniformly applied.”

Prevention could be achieved through breeding programmes where characteristics such as wrinkles are bred out of sheep to reduce flystrike within five years, but such a procedure would affect wool production and profit for farmers. Even though these things would be affected, it appears that not using mulesing is better for farms in the long-term in terms of profitablity.

According to PETA, the Australian export trade in live animals is shocking. Up to three million sheep are exported annually from Australia to the Middle East and North Africa.

The experience suffered by the sheep is immense. They are crammed into filthy overcrowded ships, with floors contaminated with urine and faeces, the exhausted sheep are often trampled on, and with inadequate access to food and water, many sheep become ill and die. 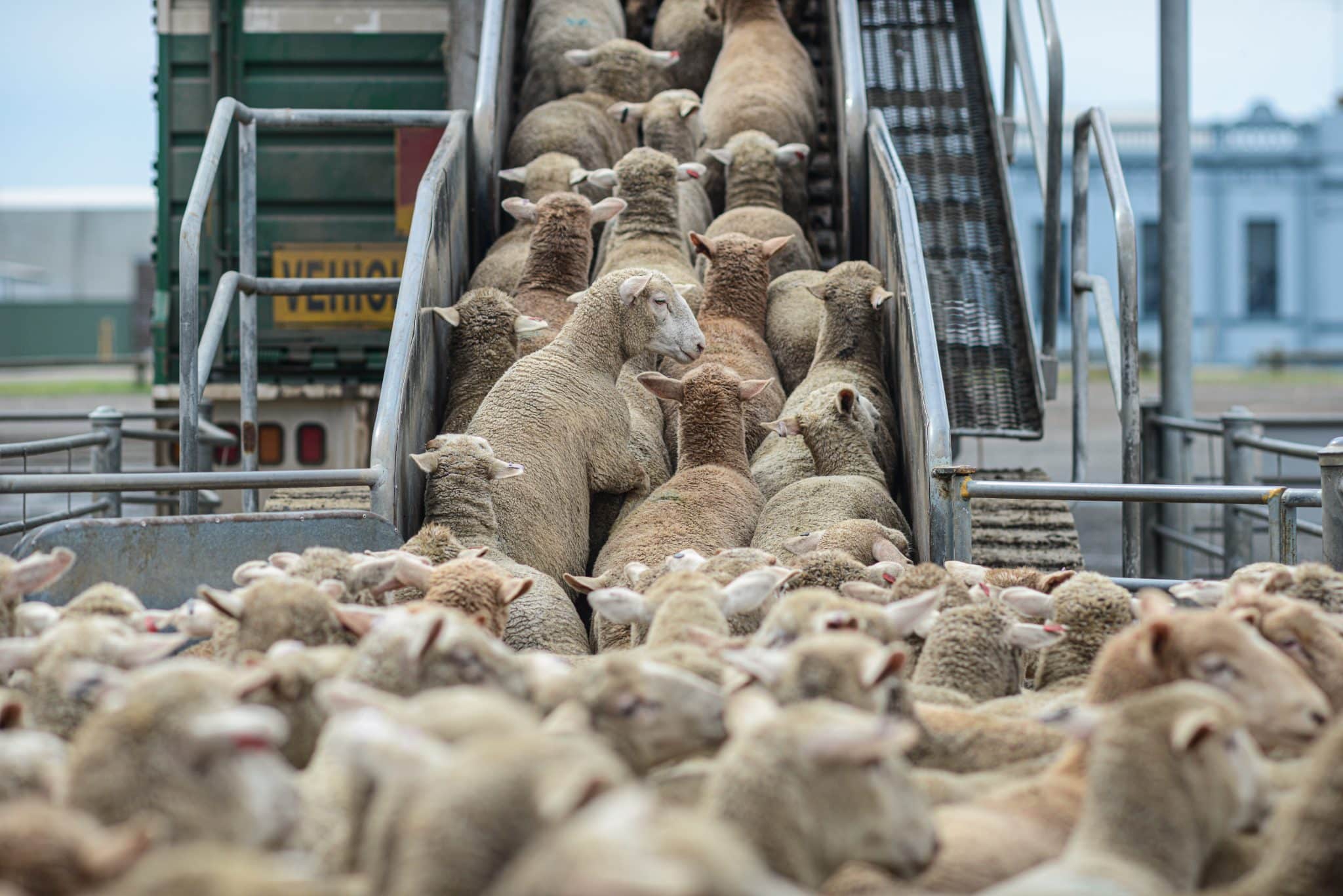 Photo by Jo-Anne McArthur on Unsplash

The journeys may last for weeks and ships have been known to sink with thousands of sheep drowning, or they may be delayed due to awaiting entry at a port, which increases the agony the sheep experience.

Once at their destination, the animals face slaughter with no regard for animal welfare whatsoever – all carried out to increase profit.

Other concerns exist around the use of grown hormones in Australian cattle. Nearly half of Australia’s cattle are given growth hormones in order to increase weight and profit for farmers.

Hormone implants are inserted under the skin at the back of an animals’ ear and are used to promote growth. Their daily growth rate can increase by 10–30 percent, which reduces the amount of feed needed before reaching the age of slaughter.

Hormonal implants can interact with an animal’s natural hormones producing aggressive behaviour, nervousness, rectal prolapse, and swelling in and around the udder.

The EU and UK have banned the use of growth hormones in meat production, originally due to concerns of possible links to cancer (now disproven) and for animal welfare concerns.

Australia is the only developed country on the world list of deforestation hotspots with huge amounts of forest cleared for agriculture. More than a million hectares of threatened species habitat was cleared for agriculture in NSW and Queensland, which is concerning considering the increasing threat of climate change and forest fires.

Other areas of concern include Australia’s limited action on climate change, their use of antibiotics as growth promoters, intensive farming, the use of pesticides and increases in pollution, all of which threaten food standards in the UK.

The implications for UK consumers

Many consumers are likely to boycott products where animal welfare standards give cause for concern – provided the food labelling allows for informed choice. But some areas of our society will not have this choice, such as where food is provided in schools, care homes and prisons, and where people struggle with limited finances.

The full terms of our trade deal with Australia have not yet been published, so it is not yet known what level of compromise has been agreed. What we do know is that some of the agreements in relation to tariffs on dairy products, beef and lamb will be phased in over five to 15 years. We will be monitoring this carefully.