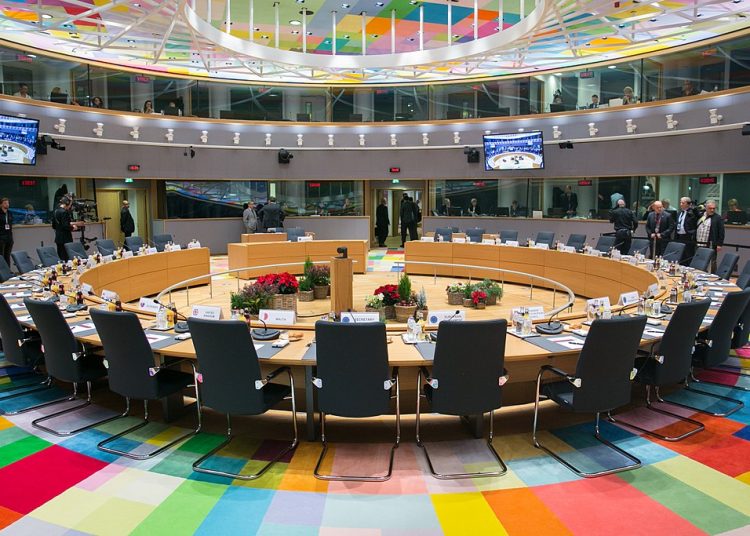 The consequences of triggering article 16 will be serious, image of EU Council by 2.0

Speak softly and carry a big stick. That was the foreign policy maxim of US president Theodore Roosevelt. The EU, which has spoken softly and behaved with considerable restraint towards the UK government’s increasing belligerence over the Northern Ireland protocol, now appears to have picked up a big stick.

Two of the most consistently reliable commentators on Brexit who are close to EU thinking inside the Commission, are reporting that Brussels is considering suspending or terminating the trade and cooperation agreement (TCA), signed on Christmas Eve last year, if the UK triggers article 16 of the Northern Ireland protocol, as it is expected to do very shortly.

It would be an explosive response.

The meeting yesterday between Lord Frost and EU Vice President Maroš Šefčovič, in Brussels, ended with brief statements from both sides. Šefčovič, gave a short press conference without answering questions and said:

“We hear a lot about Article 16 at the moment. Let there be no doubt that triggering article 16 – to seek the renegotiation of the protocol – would have serious consequences. Serious for Northern Ireland, as it would lead to instability and unpredictability. And serious also for EU-UK relations in general, as it would mean a rejection of EU efforts to find a consensual solution to the implementation of the protocol.”

EU could move to suspend or terminate the UK trade deal

The CEO of the Eurasia Group and former EU official, Mujtaba Rahman, says if Lord Frost and Boris Johnson carry out their threat to invoke article 16, the EU will move to ‘suspend’ the whole TCA.

The TCA allows for a range of retaliatory measures in response to perceived non-compliance with the terms of the withdrawal agreement, including the application of tariffs to UK goods imports. But Rahman claims officials in the Commission are looking past all of the possible graduated responses and moving immediately to suspending the whole TCA.

Tony Connelly, the European correspondent of the Irish broadcaster RTE goes even further and suggests the TCA could be ‘terminated’, an event that would take place on the first day of the 12th month following the date of notification.

Termination would take place under Article 779 which states:

“Either Party may terminate this Agreement by written notification through diplomatic channels. This Agreement and any supplementing agreement shall cease to be in force on the first day of the twelfth month following the date of notification.”

Could the EU make life difficult for the UK during the 12-month notice period?

Raoul Ruparel, a pro-Brexit former adviser on Brexit to Theresa May, agrees termination is legally neater and can be done easily under one article of the TCA, but believes the impact may not be as great as the EU think. He claims, “Nothing major would happen for 12 months, meaning limited additional pain for UK in this period”.

Not so, according to Peter Foster at The Financial Times and former Brussels correspondent for The Telegraph. He points out that the EU can probably see that coming and will be incentivised to make the 12-month notice period hurt. Brussels may not “sit on their hands for a year” as he puts it.

Connelly also thinks the UK may be “miscalculating the EU’s response” if it believes the two sides will simply enter a slow period of legal action following the UK unilaterally suspending its protocol obligations, hoping things will then just drag on through a lengthy process.

Giving notice of termination does not appear to prevent the EU taking action elsewhere under the TCA or the withdrawal agreement.

The withdrawal agreement would remain in place

None of this will affect the withdrawal agreement, which remains a separate treaty. As Michael Dougan, professor of European Law at Liverpool University, points out, arguing the protocol isn’t working under article 16 looks weak coming from the side that is yet to properly apply all the provisions it signed up to.

He even questions if the UK can claim the inevitable consequences of the protocol are legitimate ‘problems’ under article 16, sufficient to use ‘safeguarding’ powers that attack the very essence of what was foreseeable when it agreed to the protocol in the first place. If anything, he adds, “many of economic/trade effects over last year were result, not of Protocol, but of HMG’s conduct”. 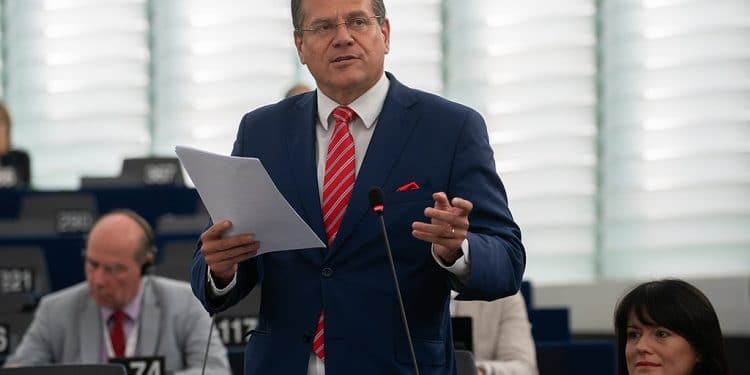 Termination would send shockwaves through the markets

Suspension or termination would send shockwaves through UK and European markets and seriously impact both sides, but the UK has more to lose. We would essentially be back in ‘no deal’ territory, but with a clock set by the EU this time ticking down to a new cliff edge.

The move would test the resolve of Johnson, who has a record of U-turns and backing down when faced with reality.

The legal eagle and blogger David Allen Green, points to the similarities in the UK’s actions on article 50: triggering an event without fully thinking through the potential consequences. He ends his piece by saying, “But unless there is something not obvious to us on the outside, it looks like the government of the United Kingdom may again be wrong-footed and then have to accept whatever the European Union offers to close down the dispute”.

The termination move would send a strong signal. The detailed 1,246-page TCA could presumably quickly be reinstated if the UK begins to behave as a trustworthy partner. Johnson may have no choice. The stakes for him could not be higher.