The rapid evolution and spread of digital technology are already having a major, and in some respects positive, impact on the enjoyment of civil and political rights around the world, and on the ways in which democracies function. 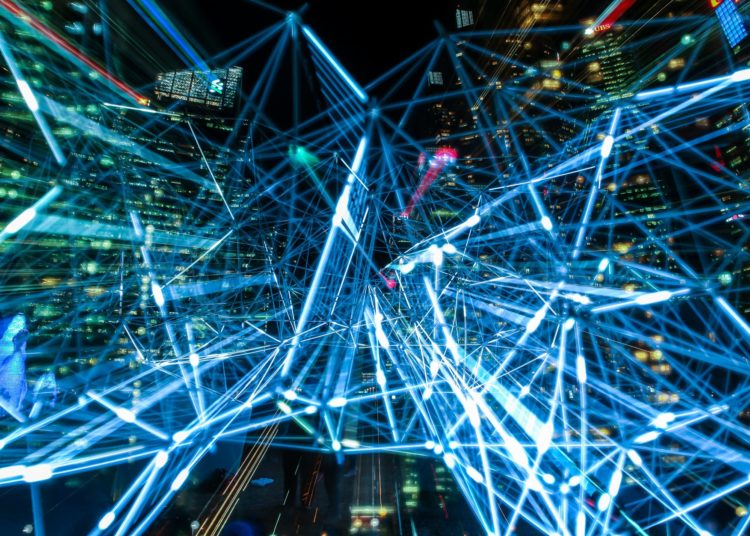 The rapid evolution and spread of digital technology are already having a major, and in some respects positive, impact on the enjoyment of civil and political rights around the world, and on the ways in which democracies function. However, with opportunities come threats and challenges. At present, and on balance, digital technology is mainly being used to narrow and restrict the enjoyment of civil and political rights, and to perpetuate existing inequalities.

In principle digital technology is a great ‘equaliser’, turning every desktop into a printing press or broadcasting station. But in reality, far from serving to empower citizens, strengthen their rights and deepen democracy, it is the wealthiest and most politically well-connected parts of society who have most effectively seized on the opportunities provided by digital technology to consolidate – not share – power and opportunity. And yet UN member states, including established democracies like the UK and the US, are notably unwilling to address the questions thrown up at the fault-line of digital technology and democracy. That may be because they do not want to know the answers – or because they are actively benefiting from this new normal.

An example of the positive impact of digital technology is that it allows citizens to scrutinise the actions and decisions of government officials (such as in the context of corruption) to degrees that would have been unimaginable only a decade ago. It also makes it easier for citizens to connect with their elected representatives and candidates, while social media and online campaigns have helped strengthen the civil and political participation of millions living in democratic societies, especially young people and marginalised groups.

However, private information and even election results can be hacked to unduly influence electoral outcomes. Voting machines may facilitate voting, but security measures have to be put in place to safeguard their integrity. And while social media makes it easier to connect with elected politicians, that medium also allows those same politicians to more easily spread disinformation and hate.

Some of these threats and challenges have received considerable media and expert attention over recent years. Others, especially the negative impacts of (the misuse of) digital technology on people’s right to choose their elected representatives in free and fair polls, and their right to receive accurate and honest information to help them make that choice, have – surprisingly – received far less attention. Until this situation is rectified, rather than easing the disconnect between citizens and politicians and ultimately building confidence in a functioning democracy, there is a real risk that digital technology will increasingly be used to foment doubt and mistrust in democratic institutions and processes.

To understand the extent to which this is already happening, in 2019 the Pew Research Center and Elon University’s ‘Imagining the Internet Center’ canvassed technology experts to gain their insights about the potential future effects of people’s use of technology on democracy. In an important wake-up call for world governments and the UN, some 49 percent of respondents expressed the view that digital technology will mostly weaken core aspects of democracy and democratic representation in the next decade (against 33 percent who said the use of technology will mostly strengthen democracy and 18 percent who said there will be no significant change).

Democracy is far more than elections; a well-functioning democracy requires the full enjoyment of all civil and political rights, as well as the equal enjoyment of economic, social and cultural rights. However, free and fair public polls are nonetheless of central importance. Yet the international community has paid remarkably little attention to the question of how to embrace the digital age and its benefits while maintaining – and strengthening – the integrity and legitimacy of elections.

This is surely a missed opportunity. At a time of increasing distrust between citizens and their governments, technology can play a critical role in creating a more transparent, inclusive electoral process. More and more countries around the world, including many emerging democracies, are increasingly embracing technology to strengthen their electoral processes. International IDEA’s global data on the use of information and communication technology (ICT) in elections provides an early snapshot of the current situation: very few countries (about 11 percent) conduct elections largely without technology, while using at least some technology is now a reality for most election commissions. Taking a closer look at this data, however, reveals big differences depending on the type of technology in question. While around 57 percent of surveyed countries use electronic tabulation systems for official results, only 15 percent use vote-counting technologies in polling stations. And while 71 percent of election management bodies utilise ICT for voter registration, only 21 percent also use technology for voter identification in polling stations.

What is clear, in any case, is that the use of technology in elections will only increase in the coming years and decades. Now is the time, therefore, for the international community to engage to ensure that digital technology serves to strengthen the inclusivity and integrity of elections, and thus promotes and protects civil and political rights. Recent political campaigns providing evidence of the opposite – the use of digital technology to manipulate polls – should serve as a warning.

The UK’s 2016 referendum on whether or not the country should leave the EU was one of the most momentous democratic votes in the country’s history – with significant long-term implications for the civil, political, economic and social rights of almost everyone in the country – especially the poorest and most vulnerable.

In May 2017, almost a year after the referendum (won by those campaigning to leave the EU), a journalist at the Guardian newspaper, Carole Cadwalladr, published the first in a series of articles, entitled ‘The great British Brexit robbery: how our democracy was hijacked.’ In it she demonstrated how a shadowy data analytics firm with links to the ‘alt right’ in the US and the UK – Cambridge Analytica – had used the stolen personal data of millions of Facebook users to inform a military-style ‘psychological operations’ (psych-ops) campaign on the British electorate.

According to Cadwalladr, ahead of the referendum, Vote Leave (the official Leave campaign) had spent £3.9m, more than half its official campaign budget, paying for the services of AggregateIQ, a small web analytics company based above a shop in Victoria, Canada. AggregateIQ, it transpired, provided the ‘back office’ (software and databases) for Cambridge Analytica. Using data ‘harvested’ from Facebook user profiles, Cambridge Analytica/AggregateIQ had identified ‘emotional triggers’ for each individual voter. They then ran a nationwide social media campaign ‘microtargeting’ those voters with messages tailored to play on their known fears or prejudices (such as via unsolicited Facebook posts warning that if the UK were to remain in the EU the country would be ‘swamped’ by Muslim immigrants arriving from Turkey).

Although two investigations were launched on the basis of Cadwalladr’s articles – one by the UK Information Commissioner’s Office into the possible illegal use of data, and a second by the UK Electoral Commission on donations to and payments by parts of the Leave campaign – neither has led to any prosecutions or to a strengthening of the country’s ‘democratic defences’. This left Martin Moore, an academic at King’s College London, concluding that the UK’s electoral laws are ‘weak and helpless’ in the face of new forms of digital campaigning.

In August this year, the US Senate released a final report on its investigation into Russian interference in American elections using social media. The report criticised major US technology companies, including Facebook, Twitter, YouTube and Google, for helping spread misinformation during the 2016 presidential polls, and pushed them to better coordinate to prevent a repeat during the 2020 elections.

The Senate committee’s report, which built on earlier American investigations into foreign interference, including via social media, stopped short of saying that such “digital interference” had influenced the election’s outcome, but did find that interference was “overtly” and “almost invariably” supportive of Donald Trump to the detriment of Hillary Clinton’s campaign. Those conclusions are in line with the findings of the US intelligence community and former special counsel Robert Mueller.

The report also gave examples of how misinformation can spread. Days after the 2016 election, a falsified media account of President Trump having won the popular vote briefly ranked higher on Google than stories that accurately reflected the popular vote, which was won by Ms Clinton. In another example, in the run-up to the vote, the committee found that YouTube had been used to unduly influence black voters in order to suppress turnout and stoke racial divisions.

Looking ahead, Senators underscored the importance of partnerships between government and digital technology companies in order to forge an effective response. For example, Senator Mark Warner, the committee’s top-ranking Democrat, called for Congress to act, saying, “We cannot expect social media companies to take adequate precautions on their own”.

In the absence of such a response, there is a clear risk of similar interference in this year’s presidential poll. At the beginning of September, Facebook and Twitter announced that the main Russian group that interfered in the 2016 elections, known as the Internet Research Agency, is trying to repeat its strategy by pushing voters away from the Democratic candidate, Joe Biden.

Digital technology companies are increasingly (though, many argue, insufficiently) taking their responsibilities vis-à-vis human rights and democracy more seriously. For example, Twitter recently announced that it would aggressively ‘flag’ fake news. In August, it marked some of President Trump’s posts as “potentially misleading”, after he falsely called postal voting “fraudulent” and predicted that “mail boxes will be robbed”. Likewise, Twitter has flagged some of his posts as hate speech, such as his infamous “You loot, we shoot” threat against Black Lives Matter protesters. For its part, Facebook has announced that it will flag any attempt by the Trump campaign to declare a premature victory in the presidential race on the platform.

Speaking about these and similar developments, Facebook’s chief executive Mark Zuckerberg said: “This election is not going to be business as usual. We all have a responsibility to protect our democracy. That means helping people register and vote, clearing up confusion about how this election will work, and taking steps to reduce the chances of violence and unrest”.

The key question, of course, when the current political-economic establishments in both the US and the UK are the main beneficiaries of the status quo, is whether such assertions are anything more than clever PR. It is to be hoped that they are, since the degree to which technology is used to widen or narrow our enjoyment of civil and political rights will determine whether our children and grandchildren live in a more, or less, democratic world.

Lord of lockdown in thrall to vindictive innuendo