The prime minister's time is almost up but the Conservative Party's Brexit problems are just beginning, and there's no salvation in sight. 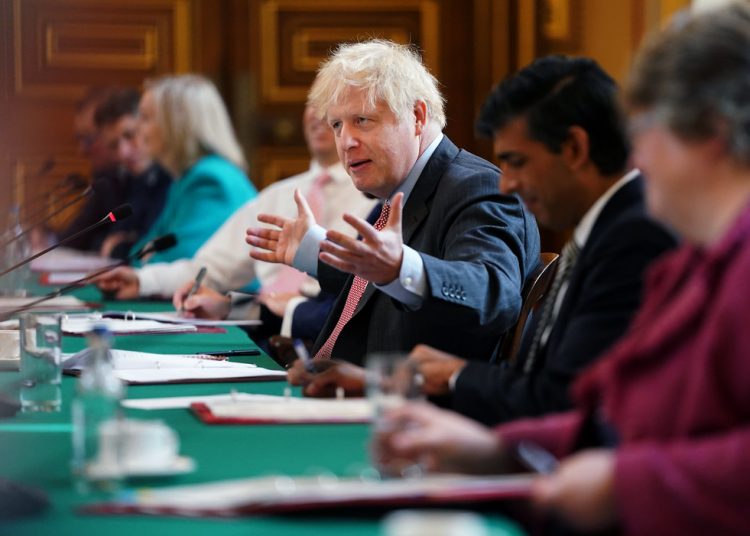 As 2021 edges to a close, the black pantomime in Downing Street under Boris Johnson is reaching farcical levels. Daily revelations about Christmas parties come interspersed with news of the search for someone to head up the investigation who didn’t actually attend one of the illegal gatherings themselves. And finally, Johnson’s close ally Lord Frost, playing the villain, exits stage left accompanied by the sound of hissing and booing from Brussels.

The prime minister is by common consent finished; only the moment of his going remains to be set. This piece by Financial Times contributing editor Phillip Stevens is a terrific read, and explains how unsuited Johnson is to be PM and why his premiership was always destined to be short-lived.

“Johnson has always been unfit for high political office, as incompetent as he is dishonest. Beyond Brexit – an exercise in self-harm set to make the UK at once poorer, less secure in its own union of nations, and weaker abroad – he has nothing to say.”

However, if the Conservative Party think ejecting him will solve any problems, a salutary lesson awaits.

Often described as the most successful political party in the world, the Tories most recent spell of four election wins on the trot has been achieved by absorbing UKIP, a far-right nationalist party, and then choosing an amoral populist as leader in order to isolate Britain from the EU, a policy to which they remain deeply committed.

There is no sign of party members recognising that Brexit (which on Johnson’s departure will have accounted for the early demise of the last three Tory leaders and will probably lead to the regicide of the next), is at the root of the problem. It is a policy that is already doing irreparable economic damage and will almost certainly lead to the destruction of the United Kingdom.

Getting rid of Johnson will not change that, regardless of who follows and, purged of moderate voices, the party is bound to remain in hock to the ERG.

The Conservatives took a real shellacking in North Shropshire from the Liberal Democrats, but it can hardly have come as a surprise. Voter revulsion has been building ever since Johnson stepped in to try and save the corrupt former MP Owen Paterson on 3 November.

Political commentators now compete with each other in seeking to explain the result. They are spoilt for choice.

The prime minister has provided plenty of reasons for former Tory voters to justify staying home or switching allegiance. Whether it’s his perennially dishevelled appearance, vaulting hypocrisy, lack of moral standards or the general air of ineptitude, corruption and incompetence hanging over his administration like a black cloud, there was something for everyone.

But Johnson’s personal failings, however egregious, do not tell the full story. 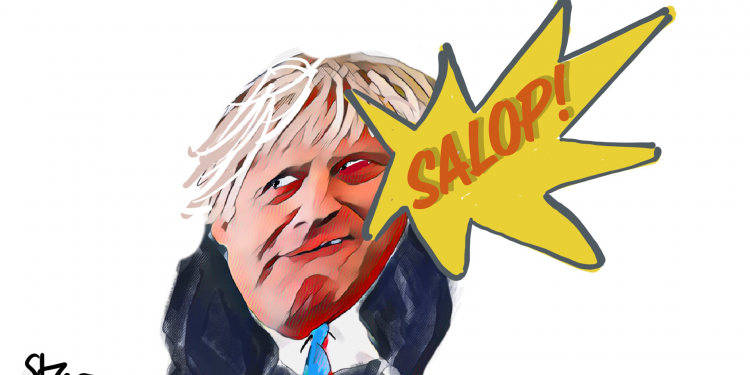 Lessons for the Tory party

What was noticeable in Shropshire was how little gratitude there was for a prime minister credited with ‘getting Brexit done’ in a constituency which voted to leave the EU by nearly 60 percent. His oft-used get-out-of-jail-free card has now expired.

During the campaign, the Guido Fawkes website, run by right-wing blogger Paul Staines, revealed that LibDem candidate Helen Morgan had been “an enthusiastic campaigner for Remain since 2016”, but it made no difference and she overturned Paterson’s 23,000 majority to win comfortably.

The BBC ran a report about the rural constituency on the border with Wales. The complaints were mainly about local issues, the closing of police stations and doctors’ surgeries or the lack of bus and ambulance services. All relating to cuts in government funding.

In 2016, Paterson had told farmers in the largely agricultural area that Brexit would mean more money for them. Instead, they have got a “hideously complicated green policy that will likely deliver [half] the financial support they used to get, trade deals they believe sell them down the river and most of all the PM’s dismissive indifference of their anger and despair at the pig cull”, according to Shane Brennan of the Cold Chain Federation.

Brexiters seem to think that getting Brexit ‘done’ has relieved the prime minister of any other obligations to voters in perpetuity. For men like Bill Cash, Steve Baker, Andrew Bridgen, et al, with a visceral hatred of Brussels and the EU Commission, getting out was enough. It wasn’t the means to an end, but the end itself.

However, voters in Wem and Whitchurch and elsewhere in the shires are not ideologues and will not be so easily satisfied. They now want to see real change and that will not be easy – largely because of the decision to leave the single market and the customs union.

The cost of Brexit

The Centre of European Reform (CER), a pro-EU think-tank based in London but with offices in Brussels and Berlin, has been working on a ‘Cost of Brexit’ model, calculating the loss of trade by comparing the UK’s trade performance with a ‘doppelgänger’ – a control based on a subset of countries selected from 22 advanced economies by an algorithm – representing what UK trade would have been without Brexit.

The method is credible and the CER was recently asked by the fiscal watchdog, the Office of Budget Responsibility (OBR), to update the model for the OBR’s ‘economic and fiscal outlook’ for October.

The CER says that the UK’s goods trade has been reduced by between 11 and 16 percent as a result of exiting the single market and customs union in January 2021, consistent with the UK government’s own estimate that Brexit will reduce GDP by 4–5 percent (circa £100bn at current prices) by 2030. This comes before the UK has implemented full border checks on imports from the EU, starting on 1 January 2022.

Bear in mind that before the pandemic hit, the Bank of England, the CER and the Financial Times estimated that the UK economy was already between 1 and 3 percent smaller as a result of the depreciation of sterling, and foregone consumption and investment caused by Brexit.

“Brexit is going to make ‘levelling up’ even harder. And in general, governments everywhere would leap on any policy that would raise GDP by 5 per cent.”

The Tory party are ideologically committed to the opposite. How is this going to help solve Shropshire’s problems?

The evidence against Brexit is growing

The referendum campaign was fought (on both sides) using misinformation, exaggeration and emotion, predictions, forecasts and ‘visions’ of some imagined future. There was little in the way of facts and experts were summarily dismissed.

But now there is no need for crystal balls. Incontrovertible evidence of the negative impact that Brexit is already having on UK businesses and on the economy is mounting by the day and will continue to do so for the foreseeable future.

Labour shortages as a result of ending freedom of movement are driving up wages and contributing to rising costs. Inflation is well above the 2 percent target.

The Bank of England’s November monetary policy report said that, “CPI inflation is now expected to peak at around 5% in April 2022, materially higher than expected in the August Report”. In fact, it exceeded that in mid-December, four months early. Prices are rising at the fastest rate since 2011, prompting the bank to raise interest rates and the cost of borrowing for the first time in three years.

Next year, a toxic combination of rising prices, higher interest rates and tax increases will lower living standards – after ten years of austerity. That can’t be hidden or wished away.

It is hard to see any salvation for the Conservative Party next year or at any time in the foreseeable future. One begins to wonder if we are not witnessing the beginning of the end of the world’s most successful political party.