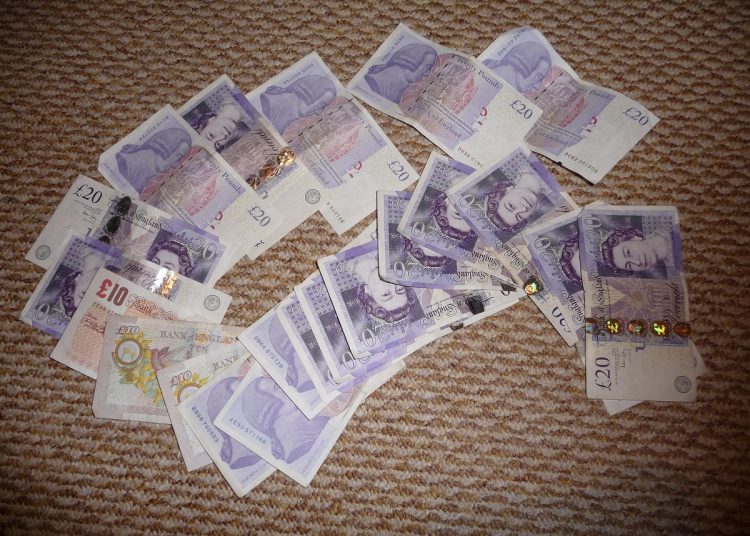 Cost of Brexit. Money, by Iron Man Records on Flikr

To the surprise of many people, ITV News at Ten last week broadcast an item about a recent report from the Centre for European Reform (CER) setting out the cost of Brexit so far. ITV’s business and economics editor Joel Hills’ original piece can be seen in full on YouTube (below) and his written version is on the ITV News website with the title: Brexit cost the UK billions in lost trade and tax revenues, research finds.

“Centre for European Reform figures show that by the end of last year, the economy was 5% – or £31 billion – smaller than it would have been if the UK had stayed in the EU.”

Brexit has certainly “cost the UK billions” – in fact, quite a bit more than £31bn, which is almost certainly just a fraction of the real figure.

Joel Hills has taken the numbers directly from the CER report by deputy director John Springford, which is unequivocal.

It looks like a lot of missing wealth and it is. I think any reasonable person would take from the report that the British economy must logically be worth about £600 billion a year. If 5% is £31bn, then 100% must be £620 bn. Right?

There is just one small problem, the UK economy is in fact about four times bigger.

The actual cost of Brexit is four times bigger

GDP is gross domestic product and is a measure of the value of all of the goods and services produced by a nation’s economy in a year.

Assuming the 5.2% figure is correct, the true annual loss of GDP must therefore be about £120bn. The £31bn mentioned in the CER and ITV reports is almost certainly only concerned with the GDP over one quarter – Q4 2021 – although it isn’t made clear..

Since the government’s tax revenues are somewhere around 35% of GDP at the moment (headed for 36.3% in 2026/27) – the highest since just after the second world war – you can see that if GDP is £120bn lower than it otherwise would have been, the loss in tax revenue is about £42bn – assuming tax rates remained unchanged. This compares with around £12bn as the net cost of the UK’s EU membership.

Without Brexit, none of the recent tax increases would have been necessary

To put it into context, £42bn is more than the amount raised annually in council tax and about the same as the UK spends on defence each year.

According to the respected Institute of Fiscal Studies (IFS), tax increases announced by the chancellor which came into effect last April, including an increase in rates of national insurance and a cash freeze in income tax thresholds, plus an increase in corporation tax rates in April 2023, will amount to around £46bn in today’s money. The CER figures point to the uncomfortable truth – for Conservatives – that without Brexit none of the tax rises would have been necessary.

More transparent reporting by the mainstream media on the costs imposed by Brexit is welcome, but it would be even better if the figures presented a clearer picture so that the real cost of Brexit can be understood and assessed.

Yorkshire Bylines has approached the Centre for European Reform for comment and we will update this article if we receive a reply.