Rishi Sunak's latest video tries to paint him as the hero of the pandemic, yet he cannot erase his role in accelerating it and preventing the most vulnerable from getting help during it. 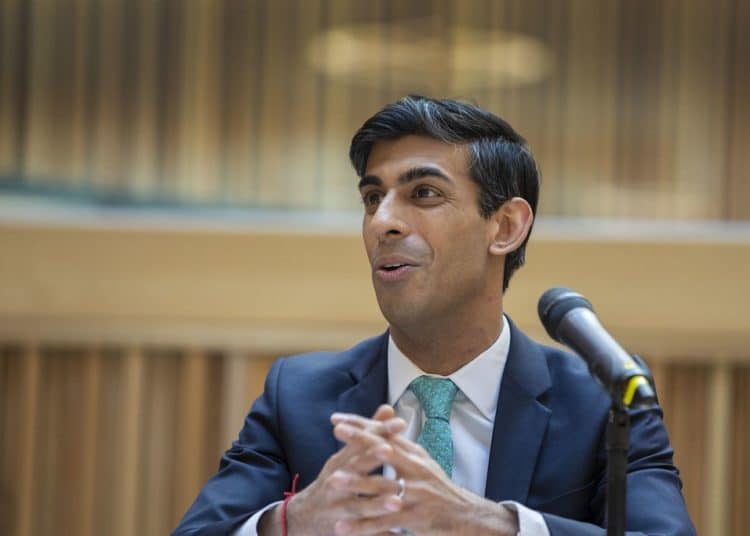 Rishi Sunak seems to have more of a PR strategy than a financial one in the lead-up to the budget. Stage one of the chancellor’s message calendar manifested in a tour of the Sunday shows, in which he doled out bland phrases that the government needs to “level with people” and “to be responsible” with people’s money.

Stage two dropped this afternoon, as his high-powered PR team released a five-minute documentary on his rise to office, and his heroic efforts to save the economy.

“When the prime minster offered me this job, he told me my face was a picture of shock” he begins, painting the picture of a naïve fish-out-of-water, rather than his predecessor’s deputy. The video continues, to present Sunak delivering his first budget at a few weeks’ notice, before being thrown headfirst into the pandemic.

“We will rise through this moment, we will get through it together”, he declares, as though he himself had taken the reins of state. He narrates his way through the unprecedented furlough scheme, then into the summer recovery, and onto the announcement of a vaccine in November.

“At the heart of this budget will be honesty and fairness”, Sunak declares, looking ahead to the future. “Fairness, as we’ve shown throughout this crisis, will be at the heart of everything we do.”

Yet all the inspirational music, and all the photo-ops of Sunak with young people in hoodies, cannot rewrite his role in this crisis.

Sunak can try to make the kickstart scheme his primary policy achievement, but he cannot erase his first attempt at a flagship policy, Eat Out to Help Out, which fuelled the second wave.

He may boast about the unprecedented nature of the furlough scheme, but would like us to ignore the fact that it is still one of the least generous in Europe, that he pushed to end it and force people back to work as the second wave was mounting.

Moreover, it still misses out millions of workers, who have been excluded from support since the start of the pandemic. Even though groups like Excluded UK have been lobbing on behalf of the self-employed, newly-employed, and freelancers, the chancellor has ignored their calls for assistance. As the all-party parliamentary group on gaps in support has said, “Without them, the UK cannot build back better”.

So it’s been Sunak’s repeated key oversight that he’s let down many self employed people and small businesses.

He may boast of honesty and fairness, but has done nothing to stop the waste of billions of pounds of public money on contracts given without due process to Conservative donors.

And he can claim to want to support everyone, but people will not forget that it was the chancellor who fought tooth and nail to prevent a £20 uplift to universal credit, and the chancellor who wanted to stop feeding our poorest school children.

The Conservatives may accuse left-wing academics of “rewriting history”, but it is their leader-in-waiting who is attempting to weave a fantasy, portraying himself as the leader who saved Britain from economic disaster, rather than the disaster capitalist who exacerbated both the coronavirus and the economic shock.