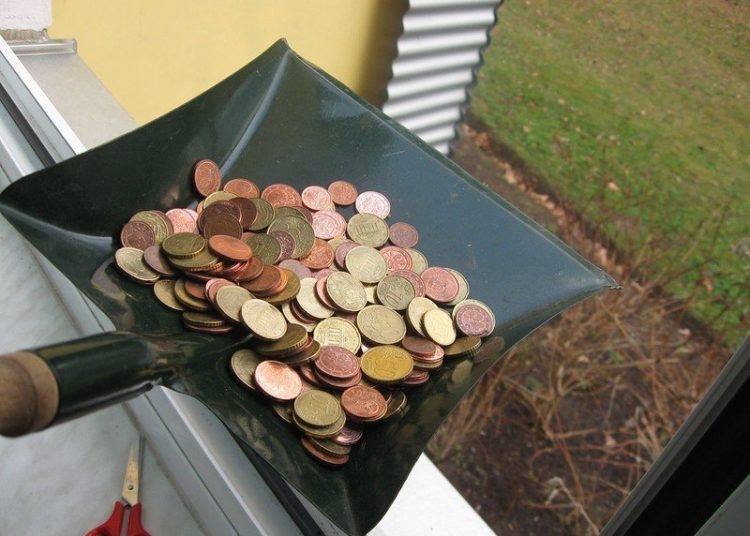 Top investigative journalist Ivan Inckling has blown the cover of a government department that up to this point was unknown outside the top Civil Service and government ministers. This is the Ministry of False Economy (mission statement “Penny Wise, Pound Foolish”).

This department is quietly mothballed if Labour is in power, but then swings into action in more usual times when there is a Conservative administration. Many examples can be cited, but two outstanding ones arose during the austerity period of the coalition government 2010–15.

A masterstroke of Chris Grayling as justice secretary was to pilot through the Legal Aid and Punishment of Offenders Act 2012. One effect of this was to cut legal aid by £350m per year from a budget of £2 billion. Studies have shown how short sighted this was, with Citizens Advice finding that every £1 spent on legal aid “can save £8.50”. The barrister Frederick Wilmot-Smith covered this topic in excellent detail in his 2014 article ‘Necessity or oddity’. Ever since Grayling our courts have, to mix metaphors, been bogged down in turmoil.

Secondly, let us examine cuts in flood defence spending. Following the Pitt Review the then Labour government put spending on prevention of flood damage on an upward trajectory in real terms. In 2010 flood damage was costing over one billion pounds per year and was projected, in the absence of serious mitigation spending, to rise to £27 billion per year in 2080 (Environment Agency forecast). The response of Osborne’s comprehensive spending review was to cut investment by 20 percent. As climate change and associated flooding intensify, we live with the consequences.

Austerity under the coalition was equally tough on those in receipt of welfare benefits. But the niggardliness of unemployment benefits and other social security payments has a history that long predates the coalition. For many years, there has been a hard-nosed attitude among a sizeable slice of the UK population that those on benefits are scroungers and deserve no more than the minimum to survive on. Too many governments play into this. The broader macroeconomic not to mention the societal decency implications are simply overlooked – and at a cost.

‘The replacement ratio’ is an economist’s term for a person’s disposable income on benefits as a percentage of their previous earnings. In the UK a couple with two children with the earner previously in work being on average wage, the benefits received as unemployed make up 58 percent of their in work earnings. For clarity, for every £100 income that our family had to live on when an adult was in work, they now have £58. This contrasts with an OECD average of 81 percent. Hence the UK replacement ratio is at a level of less than three quarters of the OECD average.

Keynesian economics has stood up very well in the last ten years and one of its beauties (dating back over eighty years) is the idea of automatic fiscal stabilisers. If an economy is hit by a depression and unemployment grows, as long as the government provides welfare payments to those on the dole, not only do they keep body and soul together, but their continued spending helps the economy recover. The corollary here is that the more ‘generous’ the welfare payment the more speedily the economy recovers. For the government to keep the benefit level at the lowest it can get away with not only demeans the unemployed, but is economically self-defeating. The Ministry of False Economy strikes again!

(We may note that the UK economy’s recovery from the global financial crisis 2008–10 was the slowest recovery from a recession in over one hundred years).

As the present government attempts to deal with the Covid pandemic and the severe economic dislocation, the temptation to be ‘penny wise’ is already having serious adverse consequences. The niggardly attitude to welfare payments is endemic. Take the example of an employee (or someone self-employed) who has tested positive or is otherwise obliged self-isolate. If in consequence their normal income is terminated, then the government has to step in with benefits that are as close as possible to that person’s normal income. In our new terminology, the replacement ratio has to be high. If it is low there is an understandable temptation for an individual exhibiting mild symptoms, but vulnerable to significant income loss if self-isolating, to cross their fingers and carry on working. And that is how the infection continues to spread … another triumph of ‘penny wise, pound foolish’.

Mind you, the UK in general and the NHS in particular, were always going to be vulnerable to a pandemic of the severity of coronavirus. For a start, austerity 2010 onwards meant that capacity was not increased in line with need. For decades, the NHS aimed to run at 85 percent capacity, leaving a margin to deal with crises. During the last ten years, the target was moved to 95 percent – too small a margin. To save money, PPE stocks were held at a minimum and replenished using ‘just in time’ procurement. These stocks were totally inadequate when covid spread. Thirdly, between 2014/2015 and 2019/20 there was a reduction of 25 percent per head on public health spending whilst the budget of Public Health England was cut by 40 percent between 2012/13 and 2019/20.

In 2016, the Operation Cygnus pandemic simulation exercise was carried out, from which a whole series of action points emerged. False economy meant that many of the spending requirements were met only partially, leading to the vulnerabilities already mentioned. So it was not that we had not been warned – it was that over-tight purse strings meant that risks were taken by government.

At present, the second wave of Covid infection is accelerating fast. The reproduction ‘R’ number was shown as being between 1.2 and 1.5 on Friday 9 October. The government must take responsibility for this awful situation that has arisen partly due to bad decisions this year, but building on a whole series of penny-pinching decisions from 2010 onwards.