John Heywood goes back in time to revisit poverty in late Victorian York and finds startling similarities to today. 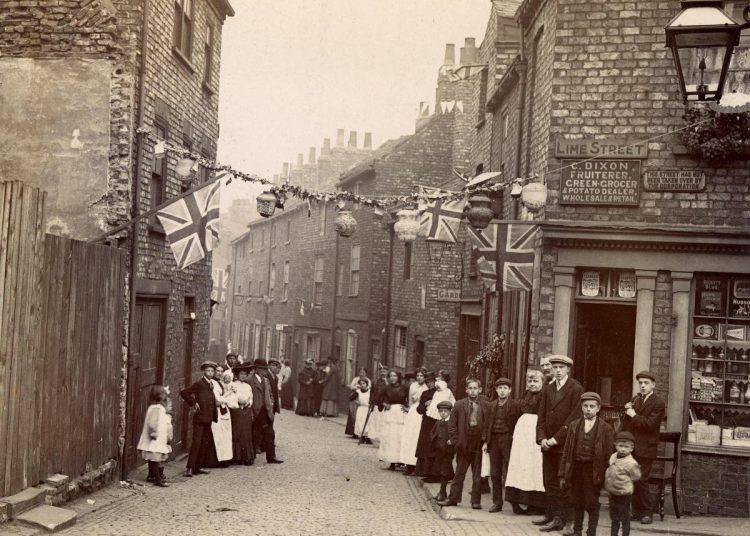 In 1907 (early Edwardian era) the York Adult Schools celebrated their Jubilee. Residents of Lime Street in Hungate – many of whom will have been members of the school - decorated their street as part of the celebrations. Photo reproduced courtesy Explore York Libraries

In the last year or so, it has become evident that more working families are falling into in-work poverty. This has been confirmed in the conversations I have had with community organisations and especially those running food banks. They have confirmed that the demographic of those using the food banks has changed and that more households, where at least one person is working, are finding it necessary to use their services. The rapidly increasing rise in the rate of inflation and the forthcoming sharp increases in fuel costs will only exacerbate the problem.

Poverty was a major problem in Victorian Britain and like today in-work poverty was a part of that. There have been significant improvements in housing, sanitary and environmental conditions, and medical advances have been dramatic over the period. However, the stark choices that many face between eating and heating are just as relevant today as in 1901.

Born in 1871, Seebohm Rowntree was the second of four sons to Joseph Rowntree and Antoinette Rowntree. Educated at home before attending Bootham School, he studied chemistry at Owen’s College in Manchester before joining the family cocoa and chocolate business. Following in the footsteps of other family members he was an expert in statistics, something he put to effective use in his investigations.

For much of the Victorian era poverty had, by many, been considered the fault of the person or family who had sadly found themselves in this position; think Scrooge, workhouses and debtors’ prisons and you will get the idea. That view is still prevalent today. In the first decade of the 20th century, there was increasing worries about the problem of poverty coupled with an increase in social reform brought about by the Liberals. Investigations were carried out by several philanthropists into the causes and effects of poverty, the most prominent being Charles Booth and Seebohm Rowntree. 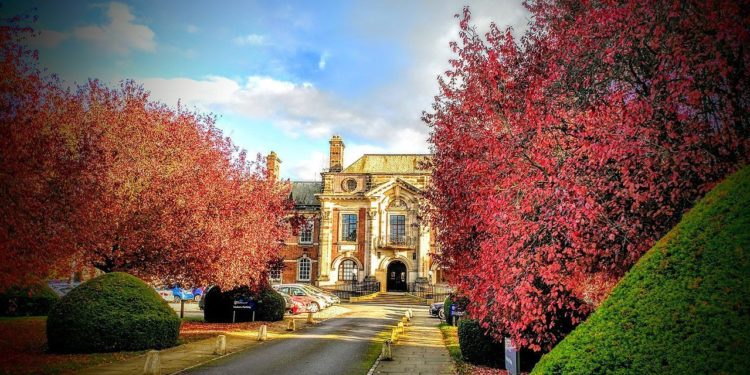 Living below the poverty line not dissimilar to 2022

Booth’s research focused on London, between 1886 and 1903. It concluded that 30 percent of people in London lived in poverty earning less than 21 shillings per week (upwards of £100 in 2022). His findings showed that poverty was a significant contributing factor in illness and death and, in most cases, the poor were not to blame for the condition they found themselves in.

Rowntree conducted research from 1899 to 1901 in his home city of York. Although it might have been expected that London would have had far worse figures, his study found that the percentages were remarkably similar with 28 percent of people living in poverty in York, also needing to earn 21 shillings per week to stay out of poverty. Rowntree stated that those surviving on less were “living below the poverty line”, a phrase still in use today.

Behind the percentages and numerous calculations were people struggling to survive
His findings were exhaustive and supported by numerous facts and figures. On the question of in-work poverty it is interesting that in 1901, of the total population living in primary poverty (where income is insufficient to meet basic needs – even if every penny is spent wisely), almost 52 percent had family members in regular employment. For almost 21 percent of people the reason for their poverty was due either to the death or incapacity of the main wage earner. It again becomes clear that for many people their fall into poverty was due to no fault of their own.

Of the occupations of those heads of households 73 percent were employed as general labourers (mainly in factories or on the railways) but also included small shopkeepers, butchers, postal workers, furniture removers and clerks amongst others. Life was undoubtedly hard for a third of the population of York, which was considered comparable to other similar towns and cities in the country.

It is always the anecdotal evidence that puts the proverbial flesh on the bones of statistics and Seebohm Rowntree’s Poverty – A Study of Town Life was no exception:

Still denying the right to dignity and a decent life

The report concludes with the statement:

“The dark shadow of the Malthusian philosophy has passed away, and no view of the ultimate scheme of things would now be accepted under which multitudes of men and women are doomed by inevitable law to struggle for existence so severe as necessarily to cripple or destroy the higher parts of their nature”.

This was no doubt meant to be hopeful of what the new century would offer and how poverty could and should be confined to the past. However, in 2022 we see inflation approaching double figures, food, and fuel poverty, even for those in work. A very real issue, and the poorest and most vulnerable are still being left behind.

Where did we go wrong?

Russia cannot win: running out of generals on the battlefield and credibility everywhere