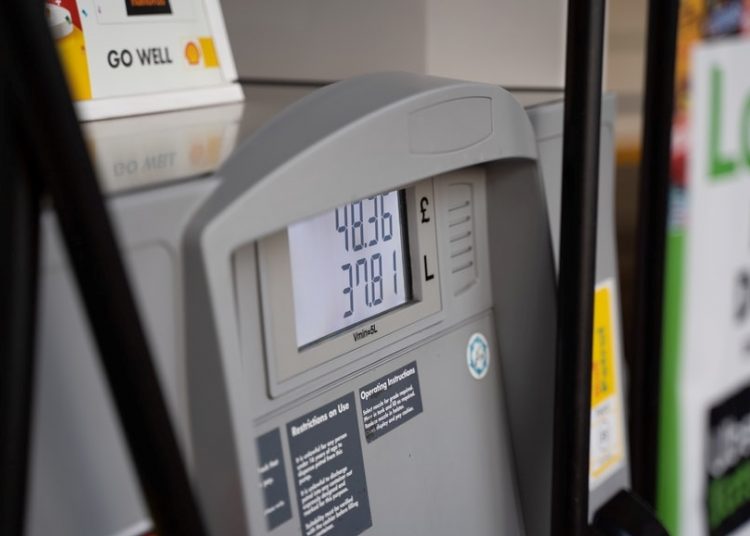 Ask economists about the worse things that can happen in an economy and it is highly likely that they will name inflation, unemployment and poverty. Progressives often place the bulk of their emphasis on the last two. There is a strong case for arguing that this is a serious mistake.

Severe inflation is a very unpleasant experience. It ruins lives when wages and savings become worthless. The experience of runaway inflation in inter-war Germany is widely thought to have triggered so much misery that it made large numbers of people open to listening to horribly radical solutions and paved the way for Hitler and the Nazis. An inability to recognise the dangers of inflation was one of the prime reasons for the failure of the supposedly liberal socialist government in Venezuela. Along with the corruption that comes with an over dependence on fossil fuel.

Inflation is a serious problem

Those kinds of runaway inflations are rare, but even more modest inflation is a serious problem for ordinary people. There are few more fundamentally scary experiences than getting to the end of the week and discovering that prices have gone up so much that you can’t afford to buy the food you need, you can’t pay your rent, and you can’t heat the house.

Right now, the official rate of inflation is running at 5.5 percent. The food campaigner Jack Munroe has done a fabulous job making it clear that for basic necessities costs are rising much faster. Wages are not remotely keeping pace with prices for most ordinary working people.

Pay rises for teachers have been running well short of inflation since the 2008 financial crash that they did nothing to create. That means a decade of effective pay cuts. Nurses and doctors are being rewarded for their amazing work during the pandemic with supposedly generous pay rises of 3 percent. In actuality, society is rewarding them with real terms pay cuts of 2.5 percent. Care workers are rushing about trying to plug staff shortages and then going to the supermarket and discovering that they can’t afford to buy things they used to regard as basics.

Are world fuel prices to blame?

If we listen to the government then this is all down to one prime cause. World fuel prices. Something that they tell us they can do nothing about.

Neither part of that argument is strictly true. In the first place, it was perfectly possible to move the bulk of the British economy over to use of non-fossil fuel sources much more rapidly. For example, there is clear evidence that continuation of subsidies for home insulation would have saved the average homeowner £60 a year. They were dismissed as worthless green policies.

So instead, we’re paying out more than we need to fund Russian aggression and the extremist woman-hating Saudi Arabian regime. Meanwhile, Britain still doesn’t install solar panels on the vast majority of brand new buildings, or invest enough in battery storage systems that would enable us to use more of the cheap power from our excellent offshore wind industry.

The impact of the pandemic and Brexit on inflation

It also simply isn’t true that the prime reason for UK inflation is fuel prices. There are two other major causes that are often ignored.

The first is the obvious fact that it has been necessary to pump a lot of spending power into economies to keep them alive during the pandemic, but production dropped like a stone. That means that worldwide there is a lot of money chasing not a lot of goods and even the most radical modern monetary theorist ought to recognise that such a combination can be a genuine concern. In the right circumstances, a government can print money, inject it into a stagnating economy and use it constructively. In the wrong circumstances, a lot of printed money chasing few available goods and services is a classic cause of inflation.

The second cause is entirely British in its origin. It is Brexit. It costs a lot of money to have lorries parked in queues at Dover. Flying in salad ingredients is a lot more expensive that shipping them from Spain. If goods get held up by customs checks when they come in from the EU, then there are costs to the paperwork and costs to the delays and the unpredictability of supply.

Then there is the unmentionable issue of immigration. Forcing hundreds of thousands of efficient and helpful well-trained staff to leave the UK has a cost implication. In the long run, it might be possible to fund colleges to retrain new people and for those trainees to gain the years of experience which will make them as efficient as the staff that have been lost.

That could prove a very long run indeed. Particularly in a country with an aging population. And particularly in agriculture. In the meantime, staff shortages mean companies start to compete to attract workers and do the same to obtain goods and services that are in short supply, because we’ve left our biggest trading market.

Wages for lorry drivers are rising and there still aren’t remotely enough of them coming through training programmes. Expensive agency staff are being hired in to replace staff that can’t be persuaded to work for the insultingly low rates paid by the public sector. Many restaurants have signs outside offering work and as they raise wages to poach staff from each other, their prices rise too.

Interest rate rises vs investment for the future

When wages rise because prices rise and prices rise because wages rise, the government has created a dangerous situation. Many modern economists only know of one cure for this: to raise interest rates. That cure is a very hard and uncertain one. Those with a mortgage will not see raising interest rates as a great way to cut inflation. It will represent a vicious increase in their cost of living. And landlords facing the same will put rents up, not down. It is when they start to slow the economy and cause unemployment that interest rates begin to slow inflation instead of speeding it.

The only relatively painless cures for inflation are intelligently directed investments that cut costs, and intelligent policies about labour and trade that improve efficiencies. Put simply, if we are paying too much for fossils then invest in technology that doesn’t use them. Put equally simply, if we are paying the cost for Brexit then drop the ideological obsession with standing alone and start work on limiting the damage by striking more responsible trade deals. Better still drop the whole flawed theory of Brexit and rejoin the EU.

Do not hold your breath on either of those approaches being taken by a government that is facing a crisis that it completely lacks the intellectual tools to understand.