Behind the scenes of this global pandemic, the tidying-up of Brexit and trade negotiations continue. 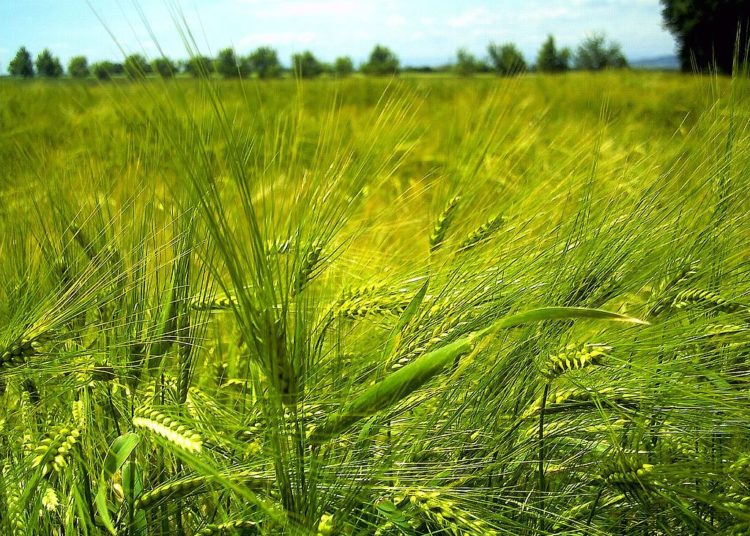 The agricultural bill was passed through its third reading at the House of Commons on 13 May. It was the first to be voted on electronically by MPs, to comply with the Covid-19 social distancing measures.

The bill had amendments proposed from its original draft under Theresa May in 2018, to protect the high food standards of the UK. But these amendments were voted against with a majority of 51 votes. The bill will continue through to the House of Lords in the first week of June, before going back to the Commons in July. It will result in the biggest reform of British agriculture since 1945 – but UK farmers feel that their future is now unclear.

Alec Shelbrooke, Conservative MP for Elmet and Rothwell explains some of what the government hopes to achieve:

“Together, the agricultural bill and the trade bill set out the standards we expect here in the UK and a framework of how we wish to exploit export markets to support British farmers. For example, an agreement with the US could remove tariffs of up to 26 per cent on British beef, a market only recently opened and which is estimated to be worth £66m to UK farmers over the next five years.”

But a future trade deal with the US is not just about tariffs. UK farmers say it is vital to protect British food and farming standards. Trade talks between the US and UK have already caused concerns, as the US has lower food production standards. It is particularly concerning for Yorkshire farmers. Almost 70 per cent of Yorkshire and Humber is farmland, and it is one of the UK’s most important agricultural regions, producing 12 per cent of England’s agricultural output.

America want to secure access to the UK agricultural market by reducing or eliminating tariffs. This has led to fears over the introduction of chlorine-washed chicken and hormone-treated beef to UK markets, which are banned in the EU but commonplace in the US. Lowering standards in this way is a concern for consumers and farmers alike, and would cause problems with securing a new trade agreement with the EU.

Dorothy Fairburn of Country and Land Association North cautions: “If we get chlorine-washed chicken and hormone-produced beef coming into this country there will be people who make purchases based on price alone and this will undercut the British market. The UK government are keen to trade with America but this is such a big price to pay.”

Shelbrooke maintains that, “When we leave the EU, no UK import standards will be diminished, and in many cases the UK goes way beyond the EU already on animal welfare and we want to go further still, for example, having the ability to ban live exports. We will also ensure that our own high domestic environmental protection, animal welfare and food safety standards are not undermined, by ensuring in any future agreement British farmers are always able to compete.”

“We have a government that’s saying ‘absolutely we’ll protect the standards and we’re very proud of it’, yet at the same time, we’ve got a department of trade that seems hell-bent on trade with America, yet the Americans are adamant that they want our agricultural market – so there’s a conflict going on. How is this going to actually work?”

The National Farmers’ Council had a meeting on December 10, 2018, to agree on what principles are needed for the best outcome for British farmers. Two of them were to:

Adam Bedford, NFU North East regional manager said, “Our trading relationship with EU products is big. For example in our region of Yorkshire, County Durham, and Northumberland, we export 30–40 per cent of lamb to the EU. We don’t want to end up in a no-deal scenario where that trading relationship changes.”

In addition to meat production, arable produce (of which 60 per cent is sold as animal feed) is also up in the air. Yorkshire and the Humber is a region that has varied soils that allow arable farmers to grow all of the UK’s important arable crops.

Fairburn explains that arable, meat and dairy farmers would not be affected equally:

“There is a knock-on effect. Arable farmers sell wheat and barley to chicken and beef farmers, so if they are kicked in the teeth then arable farmers will suffer as well – it will impact the whole farming industry.”

Hallos adds: “At the end of the day, does it all come down to money? A farmer wants to operate on a level playing field, but the agricultural bill doesn’t seem to provide this.”