Covid-19 has not laid Britain low, it has merely revealed what has long been forsaken

Caused by the UK government’s lacklustre response to the Covid-19 pandemic, there are worrying signs that this unprecedented economic crisis could quickly morph into a jobs crisis and wider social rights crisis 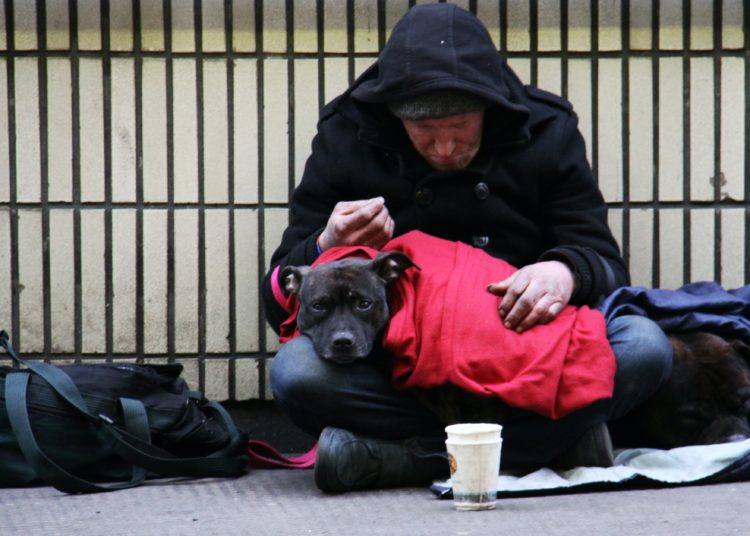 UK economic output shrank by 20.4 percent in the second quarter of 2020, the worst quarterly slump on record, pushing the country into the deepest recession of any major global economy. Caused by the UK government’s lacklustre response to the Covid-19 pandemic, there are worrying signs that this unprecedented economic crisis could quickly morph into a jobs crisis and wider social rights crisis (such as the right to housing, to food, to health, to education).

Labour leader, Sir Keir Starmer, has warned that, “We face a jobs crisis on a scale not seen for generations”. The UK economy has already shed 730,000 jobs since the coronavirus pandemic shuttered businesses in March, with the young, the old and the self-employed bearing the brunt. Starmer warned that total job losses could quickly top “two million plus, possibly three million”.

This jobs crisis could quickly turn into a social rights crisis, particularly as the government’s furlough scheme is wound down. London mayor Sadiq Khan has spoken of a possible “tsunami of evictions” as people increasingly struggle to pay their rent. The pandemic and associated lockdown have already resulted in unprecedented demands on UK foodbanks, as parents struggle to feed themselves and their children.

And this week, new arguments erupted in Edinburgh and London as it became clear that the Scottish and UK governments’ preferred way of allocating grades at a time when students have not been able to sit exams – namely so-called moderated grades, which involve schools’ historical records being used to decide grades – result in students in deprived areas having their grades pulled down compared with those in more well-off parts of the country.

All of this comes against a background of rising poverty and inequality. The Institute of Public Policy Research think tank has predicted that the economic fallout of coronavirus pandemic could leave 1.1 million more Britons under the poverty line by the end of the year, including 200,000 more children.

The unravelling of the UK

To paraphrase Wade Davis in his excellent recent article on America in Rolling Stone magazine, however, “Covid-19 did not lay [Britain] low; it simply revealed what has long been forsaken”. The shocking levels of inequality in British society, the related daily discrimination faced by people from different backgrounds, and the impact of all this on the enjoyment of human rights – especially social rights like the rights to health, education, housing and food – did not appear out of nowhere in March this year, as the coronavirus began working its way through the population. The UK, alongside its partner in the special relationship, the US, has long been one of the most unequal and class-rigid countries on earth. Over the past ten years of Tory rule, the gap between the haves and the have-nots has grown into a chasm. All Covid-19 has done is laid this truth bare, for all to see.

Poverty, inequality and discrimination in the UK have long been something of an unspoken truth – privately acknowledged, officially denied. That status quo ante only began to be seriously challenged in November 2018 following a visit to the UK by the UN special rapporteur on extreme poverty, Philip Alston. The special rapporteur used his visit, and a similar visit to the US one year earlier, to shine a very powerful and a very public light on the problems of poverty, socio-economic inequality and discrimination in two of the world’s richest and most powerful states.

After his findings were published, the Special Rapporteur was roundly attacked by both governments. In the US, Nikki Haley, at the time President Trump’s ambassador to the UN, called the special rapporteur’s report a “misleading and politically motivated” document about “the wealthiest and freest country in the world”. In the UK, the then work and pensions secretary, Amber Rudd, attacked what she called the “wholly inappropriate” and “politically biased” nature of Alston’s work.

Poverty and inequality in the UK: a scandal even before Covid-19

Alston was excoriating in his verdict on the UK’s performance. He noted that although it is the world’s fifth largest economy, one fifth of the UK’s population (14 million people) live in poverty, and 1.5 million of them experienced destitution in 2017. Close to 40 percent of children, he said, are predicted to be living in poverty by 2021. He drew particular attention to the devastating effects of the Tory government’s austerity policies (following the 2008 financial crisis) on economic and social rights – especially of the most vulnerable:

“Food banks have proliferated; homelessness and rough sleeping have increased greatly; tens of thousands of poor families must live in accommodation far from their schools, jobs and community networks; life expectancy is falling for certain groups; and the legal aid system has been decimated.”

In his report to the UN Human Rights Council following the visit, he drew particular attention to the impacts of austerity on the “social safety net” built in the decades after the Second World War (“the glue that has held British society together”). This net, he argued, has been “deliberately removed and replaced with a harsh and uncaring ethos. A booming economy, high employment and a budget surplus have not reversed austerity, a policy pursued more as an ideological than an economic agenda.” Such “retrogressive measures”, he said, “are in clear violation of the country’s human rights obligations”.

In addition to social security, Alston painted a bleak picture of the effects of austerity and related “changes to taxes and benefits since 2010” (changes that have “taken the highest toll on those least able to bear it”) and cuts to public spending, on the national health and education systems. The cuts “have hit the lowest-income households the hardest, and in England amount to cuts of 16 percent or £1,450 per person”. As a consequence of the “cumulative impact of these changes on particular groups” (e.g. women, children, persons with disabilities, those living in poverty), and the government’s refusal to “heed recommendations including by the Treasury Committee, that it produce and publish robust equality impact assessments”, according to the special rapporteur “the country’s policies do not conform with the principle of non-discrimination enshrined in international law”.

Covid-19 has without a doubt had a devastating impact on the fabric of British life. Tens of thousands have died before their time, hundreds of thousands have lost the jobs, and millions are being pushed into poverty. Yet none of this was inevitable. During the crisis it has often been said that ‘the virus does not discriminate, but its impacts do.’ Covid-19 has, in effect, laid bare and exacerbated the existing inequalities and injustices that have been allowed to build-up over a decade of Tory government.

The prime minister, Boris Johnson, is of course keen to present a very different narrative. Towards the end of July, in a speech to mark the end of his first year in Downing Street, he sought to laud his achievements in office, claiming the government had made “great progress,” including by “getting Brexit done” and making headway with “levelling up” the country. “Then our country was hit by a devastating blow in the form of coronavirus.”

This is pure historical revisionism. The truth is that ten years of austerity (as Philip Alston has said, an “ideological, rather than an economic” agenda) and related cuts to the NHS, to social services, to schools, to the police and to local government, together with ‘flagship’ policies such as Brexit that will inevitably fall hardest on the most marginalised and will widen – not reduce – socio-economic inequalities, had left the UK critically unprepared for the Covid-19 pandemic. That is why the UK has one of the worst excess death rates amongst developed countries, and why it has taken the worst economic hit of all advanced economies – the kind of cold, hard facts that even Boris Johnson cannot avoid.