The UK service sector has effectively suffered a no-deal Brexit. Services implies people and travel and the impact of Brexit has so far been concealed behind the covid restrictions. The sector is soon to face a ‘bewildering’ array of new visa application and work permit rules. 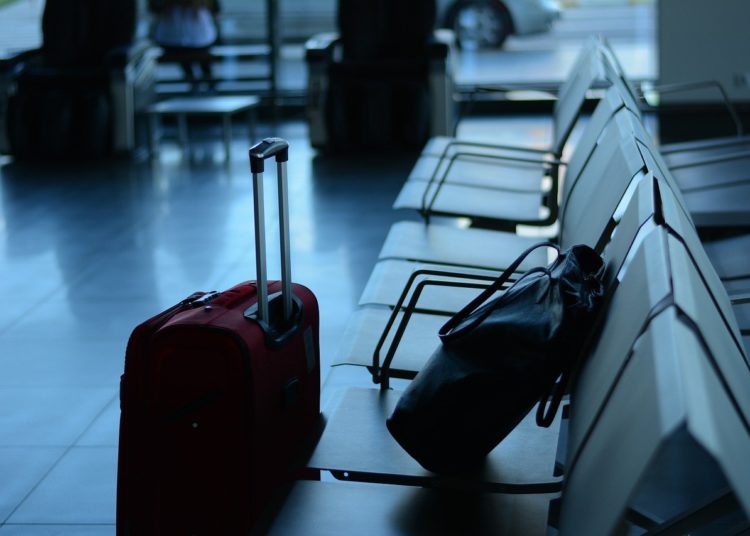 Image by Stela Di from Pixabay

In January, UK goods exporters soon discovered the ‘tariff and quota-free’ deal Boris Johnson signed with the EU did not offer frictionless trade. Overnight they found themselves on the wrong side of the barriers the UK had spent 40 years building. For many, exporting to the EU has become an expensive daily battle with red tape. But the impact of Brexit on our service sector will be far greater.

The services sector accounts for over 80 percent of the UK economy. It was barely mentioned in the Trade and Cooperation Agreement (TCA) and for them, Brexit has effectively meant no deal. But up to now, because services mainly involve people and travel, covid restrictions have largely concealed the impact.

Some sectors are already starting to feel the pinch, with the chief executive of specialist charter and cargo airline Jota Aviation, complaining the deal favours EU carriers.

The Loadstar, a website for the logistics and supply chain industry, reports that UK charter airlines are being discriminated against because the UK’s post-Brexit aviation policy has failed British-based operators. Andy Green, chief executive of Jota Aviation, says the TCA has created an “imbalanced playing field”.

Some EU countries have adopted a ‘non-objection’ policy which requires charter flights to be offered to domestic carriers first. Only if they do not object is a permit granted to the foreign charter company.

The UK opted against introducing such a policy, with sources claiming the government was concerned about the impact on the country’s supply chains.

According to The Loadstar, the sector has seen 70 percent of its business lost to EU counterparts since January and now the future of the industry looks bleak. EU permits, even if granted, can take several days to be issued. EU carriers on the other hand are reportedly able to obtain a permit from the UK Civil Aviation Authority in a matter of hours.

“That [Brexit] deal has been the worst of both worlds as it has increased competition in our domestic markets while cutting us off from Europe – that notion of ‘taking back control’ went out the window. We are not against competition, but what we have here is not competition, it is an uneven playing field – if you’re a UK company, you’re screwed.”

As lockdown restrictions are eased, many more service suppliers and consumers are in for a nasty shock. This week, the Financial Times suggested business leaders are bewildered by visa and work permit restrictions imposed by the TCA.

“British management consultants working in Austria need to satisfy an ‘economic needs test’, showing that no EU firm can do the work. Architects working in Germany and people providing advertising services in Denmark have to do the same. Engineers working in Finland must demonstrate they have ‘special knowledge relevant to the service being supplied’.”

The loss of freedom of movement and the absence of a mobility chapter means UK service suppliers are going to find it much more difficult to work in EU member states, perhaps harder even that an EU service supplier working in Britain.

For example, the TCA allows employees of an overseas business (a ‘contractual service supplier’) and self-employed people established outside the UK (independent professionals) to come to the UK to work, subject to Home Office conditions.

One condition is that the EU business has a contract directly with the final UK consumer.

Make UK for example (formerly the Engineering Employers Federation), says it may not be straightforward for UK firms who have contracted via another UK company to obtain goods or services from an EU business, and who later want someone from the EU business to come to the UK.

The Home Office has produced guidance on how to sponsor a worker on the T5 (temporary worker) international agreement worker immigration route.

This makes it clear that there must be “a genuine contract” between the business in the EU employing the workers, and the final UK consumer. The guidance also makes it clear that if the EU business already has a “commercial presence” (a subsidiary, or distributor), then another route has to be used – presumably an intra-company transfer.

The complex guidance is 33-pages long and talks of “sponsoring” such workers, for which a “license is required”. Helpfully, a link is provided to another 67 pages of guidance on how to apply to become a sponsor.

Should you be interested, a web page lists a baffling array of prices for dozens of different categories of applications for visas to work or study in the UK.

Has the UK government tilted the playing field in favour of the EU?

The TCA’s contractual service suppliers and independent professionals section looks like a nightmare. It begins on page 747 and runs over the next 20 pages. Both sides were able to set out ‘reservations’ on the decision to grant work permits covering 37 economic sectors ranging from accounting services to tourist guides, but only the EU has taken advantage of it.

Each EU member state has different rules for these workers and many set out an ‘economic needs test’, as you can see below:

Now, if a UK contractual service supplier or independent professional wants to work in one of the listed EU member states, as well as demonstrating specialist knowledge, they must pass an economic needs test.

What did the UK government demand in return? Nothing. The UK government has placed no ‘reservations’ at all on EU contractual service suppliers or independent professional workers coming to the UK.

There is no requirement in the deal to demonstrate specialist knowledge (although there is some in the Home Office guidance) or meet an economic needs test as you can see below. The description of UK ‘reservations’ for legal advisory services – none and none – is repeated for every single one of the other 36 economic sectors.

What is an economic needs test anyway?

As far as I can see, these are set out in an UNCTAD (UN conference on trade and development) document from 1999, which explains that economic needs tests represent “a major trade barrier to the movement of natural persons as service suppliers”. This is according to Article XVI of General Agreement on Trade in Services (GATS).

The reason, according to the UNCTAD document, is because “neither the definition of economic needs test, nor rules, criteria or procedures of its application have been elaborated” and hence they may have “more or less distortive impact on trade depending on the manner in which [they are] implemented”.

In other words, the economic needs test is what the country applying it says it is.

These are more examples of the way that a deal which prioritises sovereignty over trade is crippling British exporters and why the single market rules provide a genuinely level playing field. Brexit’s attempts to tilt it in Britain’s favour have only achieved the opposite.