Brexit has had a huge impact on financial services in both the UK and EU, with the UK markets responding poorly. 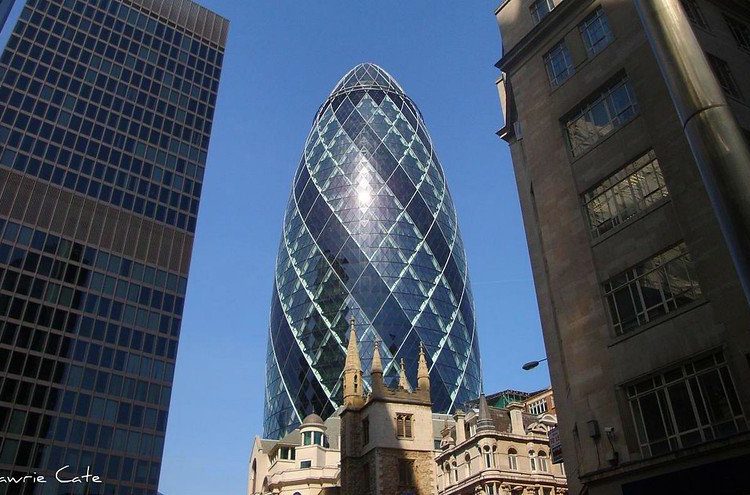 "Gherkin-2" by Lawrie Cate is licensed under CC BY 2.0

Financial services are strategically important to the UK economy. They contribute 6.9 percent of total economic output and 3.2 percent of jobs. However, since the 1 January 2021, UK financial services firms have essentially been operating under a no trade deal Brexit.

This lack of single market access for UK financial services has arisen because the EU goes much further than is typical of free trade agreements in supporting cross-border services trade.

As a result, prior to 1 January 2021, financial firms based in the UK were able to export their services to customers across the EU relatively easily, without the need for additional regulatory clearances and licenses. This form of cross-border market access is called passporting.

The Brexit trade deal, formally called the UK and EU trade and cooperation agreement (TCA), changed this. It does not permit the continuation of passporting for UK financial services firms. Instead, they need to operate through a very limited set of equivalence decisions in order to provide services to EU customers.

Equivalence mechanisms are unilateral determinations made by the EU that allow market access for firms operating outside the EU if regulatory standards are deemed equivalent by the EU. However, equivalence is by no means a like-for-like replacement for passporting.

It does not offer the same permanent market access rights, because the EU is able to revoke equivalence with 30 days’ notice. It is also not available in all areas of financial services activity.

For example, core bank activities such as deposit-taking and lending cannot obtain an equivalence decision. This has meant that some high street banks have closed the bank accounts of UK nationals living in the EU, as they are unable to offer them banking services from their UK branch network.

To date, the EU has adopted a cautious approach to equivalence with the UK. It has granted time-limited equivalence decisions in areas of financial services that could pose a risk to the stability of the financial system as a whole. This covers derivatives clearing and settling Irish securities.

But without further equivalence decisions, UK financial services will continue to have more limited single market access than their counterparts in New York and Singapore, for example.

Brexit trade negotiations not delivered what they promised: equivalence decisions

During the 2020 Brexit trade negotiations, it was widely understood that if a trade deal was agreed, this would make more widespread equivalence decisions from the EU more likely. However, this has not materialised.

The EU commissioner for financial services, Mairead McGuinness has been clear that equivalence will only be granted in areas where it is the EU’s interest to do so. This reflects the EU’s wider strategy of seeking to develop its own financial services capabilities post Brexit.

Moreover, it is clear that the EU will not expedite an equivalence decision, instead focusing in the first three months of 2021 on the development of a memorandum of understanding with the UK on financial services. This means that any future equivalence decisions from the EU will be considerably behind the initial timeline for equivalence set by the two side of summer 2020.

The rate of these relocations has slowed during the lockdowns that have significantly reduced business travel from the UK. But as covid restrictions lift, the impetus for such moves seems likely to remain if widespread equivalence decisions have not been made by the EU.

Beyond banking, for other parts of financial services, activities that were permitted in the UK up until the 31 December 2020 are not permissible under the terms of the Brexit trade deal.

This includes EU share dealing, because EU-based financial institutions are not permitted to trade on London exchanges without such platforms being recognised as equivalent by the EU (a decision that has not been made). This gave rise to high profile stories of Amsterdam overtaking London as the leading share trading centre in the EU.

As a result, attention in London’s financial district has largely moved beyond planning for a forthcoming equivalence decision. Instead, focus is turning to how the loss of EU business might be mitigated.

There are some parts of the financial services sector that have continued to develop post Brexit, notably financial technology (fin tech firms). London continues to dominate inward investment into fintech within Europe, although the sector relies heavily on migrant labour which is more difficult to access after Brexit.

There is also interest in whether new geographical markets could be developed for London-based financial institutions as part of the government’s wider focus on ‘global Britain’ and an Indo-pacific tilt.

Whilst London’s development as an international financial centre has been predicated on global links, geography still matters in financial services trade. As a result, it seems unlikely that these markets will be able to easily and quickly make up the decline in financial services activity in London with Europe following Brexit.