So now we know. Each of the central messages that Conservative Party chancellors have driven home for decades has turned out to be wrong. 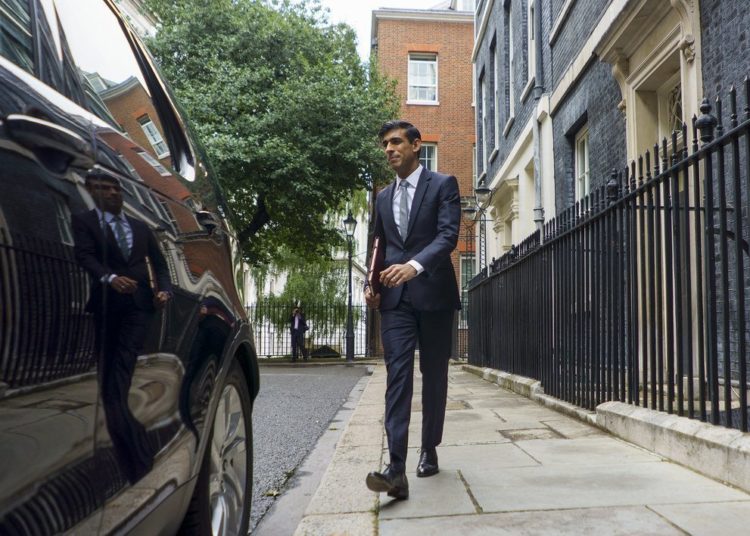 So now we know. Each of the central messages that Conservative Party chancellors have driven home for decades has turned out to be wrong.

We had been told that there was no alternative other than ten years of grinding austerity for ordinary people, accompanied by tax cuts for the well off. Now the chancellor has discovered that when the economy is down in the dumps, it is necessary to invest in order to avoid heading into an even worse depression.

We had been told that the best way to rejuvenate an economy is to set the marketplace free. Now it turns out that in a crisis, markets make downturns worse and it is necessary for governments to step in and steer the economy towards recovery.

We had been told that conscious planning by the state is a dangerously clumsy way of running anything and that the private sector will always offer a better solution. It turns out that when push comes to shove, you can rely on people who have chosen a life of dedicated service to working for others to do a good job. In contrast, relying on contracting out services to people you happen to know produces an over-priced mess. The NHS and care workers have delivered astonishingly well. Local government has rapidly provided a huge programme of financial assistance to small businesses. Whereas privatised test and trace has been an inefficient disaster that still isn’t functioning properly. That isn’t the way they kept telling us it would work.

After that list of failures, you might have expected the latest Conservative Party chancellor to address the nation to do so with a bit of humility. Not a bit of it. Instead of a recognition of how much needs to be changed we have a determination to get back to a warped idea of what is normal, as quickly as possible. Disguised by the most effective smoke screen that can be managed.

So, we have much talk of a Green Industrial Revolution, accompanied by an extensive programme of road building and a determination to get people back to flying as soon as possible. We have endless babble about levelling up and investing in the north and the regions, accompanied by month after month of northern businesses being asked to lock down hard without adequate financial compensation. We have much talk about the importance of keeping schools open and educating our people, accompanied by another era of pay freezes for the teachers who have been putting their lives at risk. Also accompanied by an utterly inadequate programme to train unemployed workers and equip them to transfer to new jobs.

What we don’t have is any honesty about the source of all the money that’s being spent and what it could mean for the future if it was in the hands of a genuinely responsible government. After the 2008 financial crash, £895bn of free money was printed by the Bank of England and fed into the banking system to rescue it. That money fuelled a stock market rise, which ensured that many of those whose reckless financial gambles caused the crash soon got back to making good money. Those who had nothing to do with causing the crash – like doctors, nurses and teachers – took the brunt of the pain.

Now this new crisis is being funded in much the same way, but with a little more intelligence about how to spend all that quantitative easing money. The Bank of England is busy printing a lot more money and lending much of it free of charge to the government to help dig us out of this crisis. That will not cause any significant inflation because there is plenty of spare capacity in the economy. It need not add one penny to the national debt if the government chose to write off the borrowing from its own bank. This could have been done ten years ago to avoid all that austerity.

Unfortunately, instead of learning the lesson, we have threats of a return to austerity further down the line. Not because economic realities require it, but because the flawed economic theories of the Conservative Party tell them that money the country has borrowed from a bank it owns, must eventually be repaid. Come back Keynes, all is forgiven; or would have been if the chancellor actually understood what the great man wrote.

And then we have the biggest lie of all: promises that Britain is about to proudly lead the world once again thanks to the wonders of Brexit. It doesn’t look that way to the farmers who are about to be driven out of business, or into adopting the same dreadful practices as the worst chemical-soaked industrial farmer from the US, Canada or Australia. It doesn’t look that way to many of the haulage drivers about to be stuck in long lorry queues in Dover (if they can get their pass to enter Kent). It doesn’t look that way to the countless business owners who are watching the nightly programmes telling them to prepare themselves for Brexit, who don’t yet know what they are actually preparing for six weeks before it happens.

After a decade of peddling a badly flawed set of economic policies, the latest Conservative Party chancellor has had to ditch many of his most deeply held convictions in the face of the economic and social realities of a genuine crisis. Yet he remains stubbornly determined to ensure the country persists with a hugely damaging Brexit at the worst possible of times.

The consensus is that Rishi Sunak is currently the most effective minister and the most popular politician the Conservatives have got. That is probably true.

We are in deep trouble.