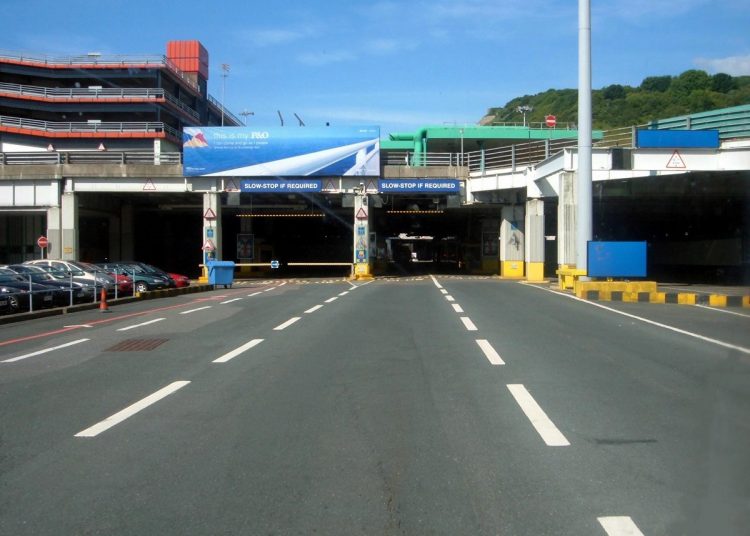 It seems the government is edging towards a further delay in implementing customs procedures and SPS (sanitary and phytosanitary) checks on goods arriving from the EU. This has apparently been ‘all but confirmed’ by Boris Johnson himself during his visit to India, according to The Independent. It would be the fourth time the date has been put back.

The delay is being actively considered to avoid a ‘collapse’ of supply chains already under severe pressure due to delays at Dover and as a major new report shows imports from the EU fell 25 percent last year, even before new post-brexit checks come into force.

Those with long memories might recall David Davis – surely now a man beyond parody – saying in November 2016 that he was “not really interested” in a transition period to smooth Britain’s exit from the EU and thought getting the customs infrastructure in place during the two year period provided for negotiation was “doable”.

In a fit of magnanimity, Davis, a former SAS reservist apparently told members of the City of London Corporation that he was prepared to accept a transition period “to be kind to the EU”.

In July 2017, he admitted to a House of Lords select committee that a transition period may be needed, not because he thought we wouldn’t be ready, but because the EU wouldn’t be able to meet the 29 March 2019 date set for Britain’s departure:

This was when Theresa May’s government was pushing to get the withdrawal agreement and a trade deal all done and dusted in two years. In other words, Davis actually thought Britain would be ready by March 2019 (and famously with no downsides) while the EU would struggle.

In fact, the sclerotic EU easily had everything in place by the end of 2020; all necessary border staff recruited, systems in place, fully tested and ready to go. Now here we are, over a year later, and the UK is preparing to announce a further delay.

Worse, the delay being contemplated is apparently the longest yet, nine months by all accounts with SPS checks perhaps being deferred for three years until 2025. Interestingly, both Jacob Rees-Mogg, minister for Brexit opportunities and government efficiency, and Lord Frost, former chief negotiator, are arguing for Britain to forego checks permanently, an idea floated by the influential pro-brexit think tank, the Institute of Economic Affairs in February. 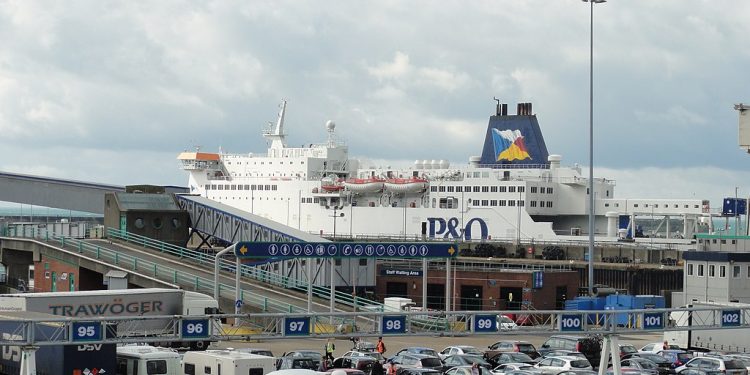 There is no ‘master plan’

Let us be clear, this is not part of some master plan. They are literally making it up as they go along. Michael Gove has previously defended spending £705m on the expansion of our customs sector and in February, the MP for east Kent, Natalie Elphicke, was adamant the 650 new jobs being created in her constituency for border officials was a good thing.

But if they aren’t going to be used, what was the point?

I think we now know both Davis and Gove were totally clueless about the implications of the flagship policy of their own party, a policy advocated, supported and campaigned for by them and for which both have held senior ministerial posts. It’s hard to understand how anyone could be that stupid, but there we are.

Not only did Davis totally overestimate Britain’s capacity to prepare itself to exit the bloc, he also underestimated the EU’s ability to plan ahead and invest in infrastructure and staff for the border control posts in the EU member states he casually dismissed back in 2017.

At one point in 2018, when the Irish border had finally been recognised as a big issue, Britain was proposing ‘maximum facilitation’, a system of entirely novel ‘light-touch’ border controls not yet invented or used anywhere else in the world. It transpires after four years we can’t actually introduce any sort of border controls – even perfectly standard ones like everyone else – on goods imports from the EU.

Imagine if you can, that when the EU published its negotiating guidelines in April 2017 it had included a proposal to force the UK into inferior third country status in the single market while EU exporters enjoyed permanent barrier free access to Britain. There would have been absolute fury in the Brexit-supporting press at the sheer effrontery of the Commission. Yet we are now doing it voluntarily.

The latest wheeze is the proposal to carry on permanently accepting the EU’s CE mark instead of demanding EU manufacturers comply with our UKCA standards. This is another handicap for British companies who will now face double the costs of certifying products to meet both EU and UK regulations while EU manufacturers are unaffected.

The Daily Express hails this as a, “Brexit master stroke” in what must be the one of the most surreal headlines ever published, even by their standards. The whole point of Brexit was to give British industry a competitive advantage but now we want to throw open the doors to cheap goods of any and every type with no checks whatsoever, while burdening our manufacturers with needless extra barriers on exports to our main overseas market.

Last month the EU published a review of how the trade and cooperation agreement is bedding down after a year in operation. Noting the customs and SPS checks that Britain now appears to be delaying once again, it said

“Their application may be challenging for EU exporters and Member States due to the logistical impact of the new procedures, in particular the need to submit required declarations and supporting documents before goods are shipped from EU ports to the United Kingdom, as well as the complexity of the IT system put in place by the United Kingdom.”

Our IT systems may be over-complex but EU exporters need have no worries, we may never implement them at all.