Anti-vaxxers are not a new phenomenon, but a long-standing tradition almost as old as vaccines themselves. Pen Hemingway tells their history.

Every woman has a story: a near-miss, paths crossing, a brush with darkness or the man in the shadows. Our lives have fewer safe spaces than men’s do. Chances are most women have at least one story to tell. Maybe several. 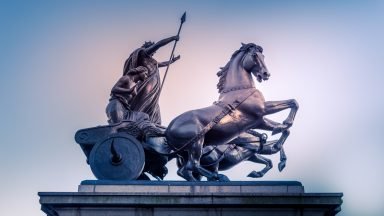 Pen Hemingway looks at the examples of strong women over the years, with clear evidence that women warriors have existed across cultures. Women have fought throughout history. So, to all battle-axes and shield-maidens out there – “shield wall!”

Pen Hemingway describes her experience of living with long covid, having caught covid in March, at a time when treatment was refused and symptoms were denied. “This is one roller-coaster nobody is getting off any time soon.”

Pen Hemingway looks back at the 1833 Boxing Day Stillingfleet Tragedy and delves through the witness accounts and historical records to piece together what happened. Her research revealed surprising links to her own family.

Pen Hemingway looks at the history of The Retreat, an 18th century Quaker-run asylum in York which pioneered treatment for the mentally ill. Hemingway writes about some of the patients admitted to the hospital, and how they were treated. “The Retreat may well have been a pioneer in terms of its treatment of its patients, but many of us will be grateful of being born in somewhat more enlightened days that allowed us to avoid ending up there.”

Pen Hemingway looks at the 19th century practice of ‘wife sales’. Looked down on by middle-class journalists of the time, the act may in fact have been a way for women, still the legal property of their husbands, to escape abusive or unhappy marriages.