Hector McGillivray is a citizen of nowhere who found a home in Europe. A retired European Commission official who worked as a translator and speechwriter, he has ended up in Brussels like flotsam washed up from those far-flung corners of the British Empire that were never flung far enough. 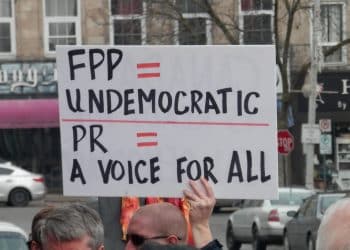 In a system that’s dominated by a duopoly of two parties that cannot be unseated, there are two possible paths:...