Craig Bowles originally trained as an actor at the Central School of Speech & Drama. He’s had various jobs over the years and finally found his niche recording audio books. He’s an incredibly proud father of his children, and still insanely in love with his wife Sara of over 20 years. A founding member of Fracking for Fairydust that wrote ‘Daddy I’ve Just Seen Father Christmas’, and looking to produce his first screenplay based on the song. 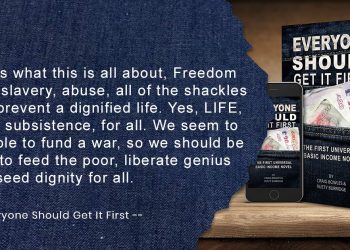 'Everyone should get it first' explores the concept of universal basic income and how people might respond to their unexpected...